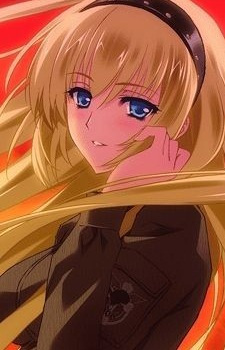 Mindnight Feb 26, 10:39 AM
Pretty much, can't be too excited only to be let down harshly

It was decent, still don't like how easy Go is catching strong Pokemon. But atleast Ash used his Dragonite

It's okay, MAL on mobile is a nightmare compared to using it on a pc.

Mindnight Feb 22, 12:26 PM
It's a hit or miss for this show really
He didn't say anything at all, I would have thought he would at least say how he has a bulbasaur

DEBUNKED Feb 22, 10:43 AM
yeah it’s not always objective ,but i can be depending on how it’s worded and stuff

DEBUNKED Feb 22, 10:19 AM
basically your saying pacing can’t be critziced objectively and is only canon to your sense of time... sheesh i don’t know what to say about that lol pacing can be objective and it is most of the time ,pacing makes or breaks a series ,the author has to fully execute his arcs and present them in a smooth fashion.Depicting WHEN mob was going to meet dimple ,WHEN was ritsu going to get his physic abilities ,WHEN was the claw going be integrated into the series ,depicting how long this arc will be or what will come after it ,that’s all pacing and it’s 100% objective to criticize if a author is pacing his series well.When series aren’t paced well and don’t go smoothly you end up with a mess of a series because you can’t even pace character development or climatic events properly.If you feel like criticizing execution of arcs and events isn’t objective in your opinion then fine i guess.

i mean you say you get it but then you don’t think criticizing pacing is objective...if it’s debatable it’s objectively ,saying something isn’t paced well is highly debatable

DEBUNKED Feb 22, 9:50 AM
also my statement of not liking the characters ties into to me believing the quality of the characters is low ,so feel free to present a contrary on that as well ,my opening message was very vague so that’s probably why it came off subjective :)

my ratings aren’t concrete in stone ,i’m willing to concede on ratings , but you would have to give me a convincing argument to believe it’s better than a 4

DEBUNKED Feb 22, 9:44 AM
the pacing issue not being popular don’t make it subjective tho 😭just means my opinion is uncommon among the people you’ve talked to code geass about ,i know so many people that like trashes code geass ! i know people who’ve gave it a 1 and would argue with you all day about how bad it is and they will tell u the pacing is bad as well,but i don’t particularly agree with them on all their criticism to the series ,code geass is produced well and is a respectable series ,just paced poorly to me and the plot is dry

your cool so i wanna give a very good example of the difference between subjective and objective and why the majority of the anime community just don’t understand it.

It’s always a depiction of words that separates objective and subjective opinions , A subjective opinion is a statement like “Mob Psycho 100 is awesome” or “Man ,Hyouka is sooo cool” Like that’s subjective asf i cant debate you if something is cool ,i cant debate you if something is awesome or not ,you can debate me on if code geass is paced poorly or if the plot is boring (mostly because my reason for calling it boring is because i feel like it’s a average story to begin with ,which i didn’t make clear in my first message so my bad)so what i said cant be considered subjective besides me saying i don’t really like any of the characters

but yea i respect your takes as well ,we look at anime very different but it wouldn’t be fun if we all saw shows and manga the same

DEBUNKED Feb 22, 8:29 AM
sure it’s definitely a subjective opinion besides me stating the pacing being terrible and plot being boring ,nah i dont drop shows bro i’m big on finishing whatever i start no matter how bad it is or how much i don’t like it,simply because if i sit around only watching stuff i like then my taste is gonna be one dimensional ,and also no matter how much you don’t like a show theirs something you can like about it or gain from watching it.If it’s from a scene ,certain character ,op or ed song ,ost,a moral,etc...it’s just something you gain from it

and yeah i get the enjoyment rating system ,i’m not a fan of it but i can respect it

DEBUNKED Feb 22, 7:11 AM
but i can respect if you find it to be a masterpiece ,you rate very positively and your not too hard on what you watch.You have good taste but your wasting it by rating so positive in my opinion !! trust me you will like anime 100 times more than you do now and if try to develop very high standards

I find it very boring and the pacing is terrible in my opinion ,the plot didn’t do anything for me and i was never intrigued by lelouch”s lore ,goals,or his ability.Never really liked any of the characters except i guess CC and Cornelia.The whole “zero”persona never grabbed me and like i was never into it in the first place.Also robots in anime is SO CRINGE and code geass didn’t need it ,i rather everyone have a geass to make the combat and the story more interesting.

Im fine with the voice acting and the way the series sustains itself ,but i don’t find anything groundbreaking about it except for its first op.I’m currently watching all the specials and the akito movies...i enjoyed the second akito movie far more than the original code geass series ,i don’t know how part 2 is but hopefully it’s better than the original ?

Mindnight Feb 19, 10:21 PM
Yeah it's cool to see someone else sharing a similar thought process for this type of thing

It really is. When I learned that this season well be different where Ash travels around instead of just Galar, I was a bit confused. But then the thought came where Ash could reunite with his past companions and Pokemon and even rivals.
It has happened yet, and no scans about it, but it's still rather early. I don't see a companion returning until way later, like episode 40ish.

Mindnight Feb 19, 12:19 PM
True, surely there must be a reason why. I can't imagine them forgetting stuff easily

We actually knew Alain, he wasn't a character who was introduced in the league just to stop Ash from winning the whole thing. Alain had a purpose to win it, and his team was decent
Ash's battle versus Alain was better entertainment wise as well. Better than watching our protagonist get sweep easy after all the hard work he's done.

I can agree with those chances. I would like to see May, Dawn, and Serena do a contest vs performance sort of deal, that would be cool. But the chances of that are 0

Mindnight Feb 19, 9:43 AM
Yeah, don't know why they don't really seem to refence certain things and events. Like how Ash has meet legends that are canon in the anime, but he hasn't mentioned it to Go

Can't lie, Alain loss made me mad, but Ash did put up a better fight than the stories one. A Darkrai and Latios, that's just unfair, but at least Ash still took them both out.

I see it that way too, where she doesn't mention that ever happening. If she did get over Ash, I would be shocked because he was her reason on starting her journey.
Or maybe ash remembers it and will act shy around her, that could be something

Mindnight Feb 18, 10:30 PM
They do change the staff every season I've heard, but there's some writers who've been there long enough to know

I liked the team flare arc, was really epic, but the alain loss still bums me out.

I really liked your choices. I agree with you on BW, it was super wasted. Black and White are my favorite Pokemon games and they could have done so much with N and Ghetsis, but they did it too late and made Ash so dumb. And his team was terrible besides two Pokemon

I forgot about Johto, I would place it bottom as well

How do you think PM will handle a Serena return?

Mindnight Feb 18, 8:56 PM
That's what makes me even more angry about their continuity choices. Some times it's good, but other times or for the most part a majority they seem to retcon or forgot or basically ignore things.

Sure, this'll be from Best to worst
DP- imo Ash was at his peaks here, strong team, best rival, and lots of epic battles, if only Tobias didn't use a gameshark

XY- badass Ash, best animation for this series, Ash-Greninja, he finally made it to the finals, fav Pokemon opening and lots of epic battles as well

SM- Ash was toned down to be childish, but I did like some of the slice of life elements this had and he was competent enough for battles, side characters got more shine, and ash finally became a champion

BW- liked Oshawott and Krokodile a lot, was funny at some times, but they made Ash look like a idiot for a majority of times

OG- Ash was such a noob, the gym leaders gave him his badges, Misty was here, relies on nostalgia a lot

What about you?
All Comments