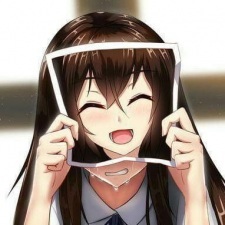 Meatloaf292 Mar 29, 2016 5:50 PM
Holy crap what a terrible Madoka Magica review. A 1? Really? Just because a character you liked died? You marked everything else much higher, so you admit it has its merits.


Just my personal take. I began to hate anime in 2009, all my RL friends have heard that. It is similar words to your -anime got worse from 2008-. There are rare things I love and can even be fond of enough to be some of my highest rated anime, but for the most part I've been watching a lot of crap shows for more than half a decade. I basically am lucky to get a single show I like per season, then I watch a show that is hyped by the community (and tend to be disappointed xD).

Anyways, I enjoyed your thread even if I read it after it was locked. Only weirdos would comment on the fact that some of your favorites are from after 2008 - you just found a few gems.

kronopy Mar 25, 2016 2:58 PM
Where you even born in 2008? You know what happened then? The RECESSION started. That why anime got shorter - is quite expensive to produce one, and takes years to make profit from an anime, unless is some big hit like SnK or Naruto... so as they have less money they can produce just shorter shows... is simple. Money is the reason for the ammount of fanservice and moe too - those types of shows sell, so they have to produce some to survive.

ConnorEP Mar 23, 2016 11:11 PM
Your thread was kind of stupid seeing as all your favourites came out after 2008, got me wondering if it was just a troll
All Comments