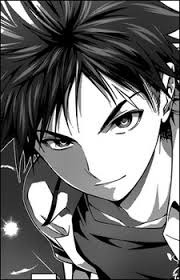 Sorry for being random. I really dont know how to start conversatios.
Chi No Wadachi Is really good!

I have noticed that you are in the reading Chi no Wadachi. I like this manga and wants to talk to peoole about it. I like the way the author make a scene have more meening that it supposed to be. Like from far away, you would thing this manga has little substance or something, but man it is filled with many stuff. I really likethe slow pace as well. It is unique. As well the artstyle from Oshimi's other works. I was wondering if u are interested in joining a discord server deticated for Chi no wadachi, and as well Oshimi Shuzo's other manga, like happiness or aku no hana. Hopefully there is gonna be a good community for it. If you dont like to join the server you can check the Oshimi Shuzo in MAL. See ya later :)

WaterFistole Dec 6, 2015 3:01 PM
Thats true. So many series to watch and almost no time. I guess one life is not enough?

By the way, thanks for defending Touma from Majitsu no Index.

lovelyphantom Aug 18, 2015 10:49 AM
You're welcome. Unfortunately, there is no regular chapter this month. However, we did get a bonus/side story chapter celebrating the character poll results. Prince Lordie was ever so kind to translate it for us too: http://prince-lordie.tumblr.com/post/126988120002/bonus-chapter-the-akuma-6-translation-to
http://prince-lordie.tumblr.com/post/127000996232/bonus-chapter-the-akuma-6-translation-to

Hopefully somebody will keep translating it on a blog or something like SAO.

I'm still on Life. 1 of volume 7 but I want to get to volume 12 soon. I just have so many other series to read that i forget.

I try to read DxD and Index (NT) at the same time so usually if I read one I'll remember to read the other.

A_Lonely_Jedi Oct 14, 2014 7:05 AM
No, sadly I didn't I really just read the last volume and just decided to list it as completed since I don't expect any translations anytime soon. :(

If you want to know the ending at least you can go to animesuki and they'll give you the answer to what happens in the end.

P.S. Did you get the message I sent you?

It is listed as: prequel then chapters 1 - 85 so far. It should be up to date except 1 volume behind like all the other sites.

I'm going to read SAO volume 2 when it comes out and then on to the rest.

I already downloaded volume 3 to try it out and it works so thanks again.

But it still makes me raise an eyebrow because everyone except for his own family sees him as Godlike magician.

While it is certainly not to their liking that he is unable to use "standard" magic, one would assume he'd at least have some respect from his own family thanks to all other Godlike abilities he has, and he has many.

If I can use comparison here, it's like a family that produced bunch of finance ministers giving birth to a son and he becomes a prime minister so they decide to hate him because "he's useless". It makes no sense and could really use fleshing out.
Especially in anime.
Another example is his sister. I find her extremely annoying and she clings to Tatsuya too much. Another guy from forums sent me PM with detailed explanation why she clings to him so much. And well, it's legit. But it is, again, something that is not explained in anime whatsoever.

I don't hate Mahouka, I get frustrated watching it because, instead of resolving questions and giving explanations it keeps piling up new ones.
This show could be so much more if they used some freedom with adaptation and used some parts of it before time.
Just my two cents :)
All Comments