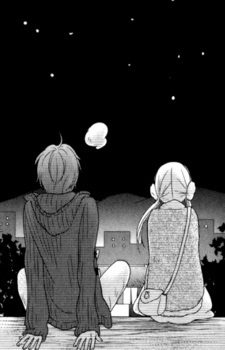 Nahin_Rahman Feb 14, 2:19 AM
I am very happy to found you.Looks like we have quite the same feeling about Sword Art Online.
And Thank you for accepting my friend request.I worked very hard to find you and others like you and me.

Yeah, man I couldn't imagine having to wait for each episode anymore. Though I wish the season was still going for me/never ended :(

Arcane7 Jan 1, 2019 3:16 PM
Yup I feel like here character development and the story is the best out of all of them. Roxy story started great but ended up damsel-in-distress type of story and that was it. Sylphy story was also pretty good tho.
Did you finish all the books?

Yep. Especially the person, who wrote this, should learn it.

"Goblin Slayer is irrelevant now because of the reasons I have been saying since the start. Hardly anyone gives a shit except for the hardcore fans. Look at the activity here and on Reddit for Goblin Slayer, its dropped so much."

Do you know Rise of the Shield Hero? Some of the trolls (or should I say goblins) of the GS forum have migrated to its forum to talk shit about it before it even started airing.

TheBigGuy Dec 23, 2018 12:16 AM
I think, that it was pretty good. How he convinced the other adventurers to support him and his talk about not being allowed to die was nice. The fight against the horde was portrayed well. Only that they cut the scene with the meat shields short took away a bit from it, but it's understandable that it was done this way.

That Cow Girl refused to escape was stupid of her. On the other hand, if the livestock were to be killed, she would be penniless and a miserable life would await her either way. Plus, like she said, it would rob GS of his place to return to.