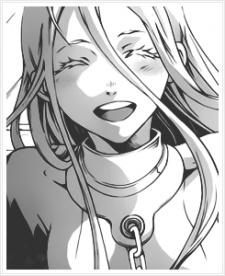 These animes are about romance between two high schoolers, one difference is that in Toradora there are more girls who like one boy, and in Hiyokoi there's only one. Also the girl maincharacters are both compared to animals and their personalities are like that too. They both have some funny scenes that defenitely'll make you laugh, and they're funny in their own way but there's also enough romance and cuteness for a good anime.A big difference is the fact that Hiyokoi has -If you don't count the specials- only one episode, while Toradora has a bigger storyline so has a lot more episodes.

Elfen Lied and Mirai Nikki let you think about life. Because of the things the characters went trough, or the ending (especially the ending of Mirai Nikki) They're both bloody and you have to understand EVERY single thing that happens before you can truly understand the series. Also they have both kind of 'dramatical' endings cause you don't know what happened after. I recommend Elfen Lied and Mirai Nikki to people who love bloody animes with a good storyline in it.