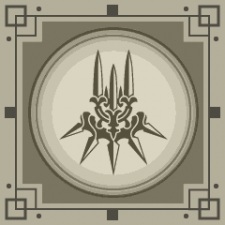 My opinion forms and reforms constantly as I am watching a series and the review itself is pretty much done when I finish watching a show. All is left is actually writing it down. I do that to an extent where the review would have entirely different paragraphs if I wrote my thoughts down at earlier point in time. That's not to say that my initial opinion itself would be drastically different or different at all but the rhetoric would certainly differ. It should be noted that I am not doing any of this for the sake of reviews, however. It's just what I do when watching or reading anything because that's the type of personality I come with.

I typically write opening paragraphs beforehand in a style that makes them work no matter what happens later on in the series and sometimes take notes of witty remarks I think could be included in the text. It used to be a rather long process, my Major review took 4 hours to construct back in 2012, for example. Now I can write the same amount of text in higher quality in about 20 minutes without needing to think what I actually want to say because I have already done the thinking. Proofreading and editing may take another 10-20 for a review of this length.