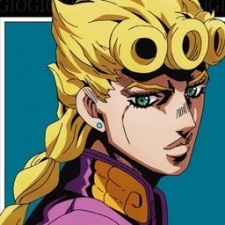 You have pretty good taste in anime :)

Halicone Dec 28, 2015 11:08 AM
The faces look a bit weird, not what i was expecting but nonetheless it could have been worse for a 1st PV. I have faith that we'll get a good adaptation. :)

Halicone Dec 24, 2015 5:12 AM
Do you have a link?
Hmmm, I figure it's a bit too soon to expect something polished? I have faith in David Production to deliver a great Duwang adaptation. :)

Halicone Jul 13, 2015 3:11 PM
Hih!
Yeah I don't see why not. It starts a bit slow but once you get over the first 20 episodes it becomes almost non stop awesome. The first episode that made me laugh out loud is episode 25 which features death note-esque mind games about who gets to eat a nabe pot. It's brilliantly directed and each voice actor deliver their lines flawlessly.
It doesn't have a continuous story and it's often structured in 3-4 episode long arcs with some light-hearted comedy in the beginning and a more serious tone in the end.

So yeah, if you like shonen action and comedy that's mostly toilet humor and parody I think you will also enjoy it. :)

THEAnimeHERO Jul 12, 2015 3:37 PM
Both series have very different styles of boxing with Joe being more tragic and darker of the two. Ippo borders on slice of life with characters focusing on their boxing careers following more of a traditional shonen route since its from the 90's. Joe on the other hand is from late 60s early 70s which reflects the current society of the time where people lived in slums. The beginning of Joe doesn't start off with boxing right away as it takes place in Juvy for a couple of episodes. Personally, I think Joe is the much better story but both series take a while to get into. Watch both of them at the same time and stick with the one that interests you.

Halicone Jul 7, 2015 8:03 AM
Yeah, it was pretty cool. :) Kitano was a pretty insane character. Reminded me a bit of the protagonist of Ichi the Killer too.
All Comments