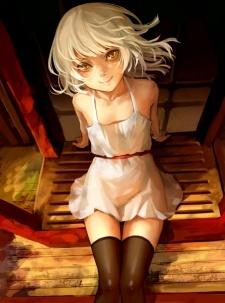 midnightblade Mar 16, 2014 10:36 PM
Good point about Nobunaga the Fool. I have no idea why a lot of people rated it badly/dropped it early. I picked it up because the premise was very intersting to me (mixing two very different worlds, technology mashup with old school japan, king authur and knights). It does look like it could get pretty freaking crazy when Nobunaga inevitably has to go up against King Arthur and his gang. That and the series is executed fairly well.

Most recent episode was cool, I loved how they used deception and actually went on a sort of sneaky mission to undo Ceaser's plan from within. You'd think with this show it would be all about manly fighting, but it does have some subtle elements that make it nice, like mistuhide's conflict with assasination stuff, Saru's backround, theme of pulling cards for episodes, battle of wit between Caesar and that leader chick of the group he wants them to join with him. I'm not really digging the whole fated one theme with nobu, but every thing else is pretty solid to me.

Oh, and nobu's bow and arrow skills are beyond sniper level, that is fucking insane what he does with that, makes me think hes so accurate he doesn't even need mechs or regalia to begin with.