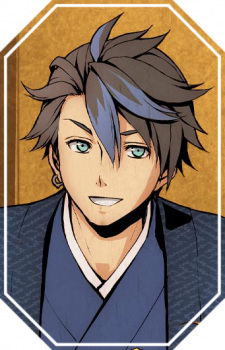 MoonLightGirll Jul 9, 11:53 AM
In fact, it is a great idea to try different channels of Japanese media! For a long time I was thinking more time on such games or manga. (Because my audience is normally not an active reader xD)
But I could never put this into practice xD

I started "Kimetsu No Yaiba", which I have postponed for a long time now. And it's a really nice series. Before that, I watched "Jibaku Shounen Hanako-kun". It's a really good series too. I don't know if you watched it, but if you didn't watch it, I highly recommend you watch it.
A manga that I actively follow ... Hmm ... I think I can say "Who Made Me a Princess".

I watched in the first episode of the anime version of the series "Youkoso Jitsuryoku Shijou Shugi no Kyoushitsu e". But then I don't remember what happened, but I couldn't continue. It now stands as a half series. (Though it can't be called halfway xD) So if you suggest it, maybe I can start again. Because I don't remember why I quit. :D

MoonLightGirll Jul 8, 6:46 AM
Hi!! And thanks for accepting my friend request. Nice to meet you :)

How are you doing?

Do you have watching an anime or reading a manga right now? Is it beautiful?

AuthorityXPRIDE Jun 3, 6:51 PM
You are welcome🙂

Ashlyn_Desu May 23, 10:11 AM
Wow, I don't think I could ever commit that much time to something without giving up lol

nikajibga May 21, 1:08 AM
:D oh i forgot about different time zones

timzki May 20, 10:22 AM
Happy birthday man! You are one of the reasons why I want to work on my profile!

MakingTheMaouCry May 20, 2:20 AM
Happy Birthday!
I hope you write a great manga someday that I would like to read.
I also wanted to be a manga artist but I have too bad of a hand to become one so I just cheer for people who want to.
I'm practicing my drawing skills though so I hope I get good.
Good luck to you.