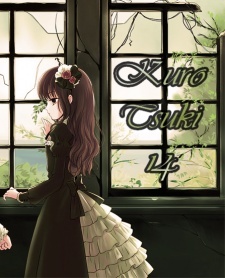 Its been nearly 10 years lol.

HienFan Oct 31, 2012 9:06 AM
Nya hello creator of Young BL and Friendship. I love teen boys friendship and love and I absolutely hate ephebophile and shotacon and can't care no less for adult relationship so thanks for making the club.

Just want to know is fanart by members of a club acceptable in the club? starwarriorrobby Nov 23, 2011 1:32 AM
yeah, one of my friends told me about the voting thing. all we can do now is hope and pray that the bill doesnt pass by then.

starwarriorrobby Nov 21, 2011 2:16 PM
but facebook, youtube, dA, google, and the anime/manga sites. what about them? they'll go down too.

starwarriorrobby Nov 20, 2011 11:29 PM
of course not. they dont understand nor even use the internet much.

that stupid bill's gonna doom us all before we know it. i say we fight for our true freedom and take those bastards down before it gets worse.

starwarriorrobby Nov 20, 2011 10:49 PM
GRRR!! THOSE BASTARDS!! THEYRE TAKING AWAY EVERYTHING WE LOVED AND FOR WHAT COST?! WE DID NOTHING WRONG, AND JUST GONNA TAKE IT ALL AWAY FROM US! I HATE THIS DAMN COUNTRY! I HATE IT!!

starwarriorrobby Sep 26, 2011 10:24 PM
i'm planning on seeing blood-c. right now, i just got started on dgrayman and xxholic. lolz, i liked the black mokona. although its hard to pick faves between the black and white mokonas. plus, i never realized mokona was originally in magical knight rayearth. i always thought mokona was originally from tsubasa. so confusing @_@

hmm, i didnt know shakugan no shana is a fanservice moe type. although the girls in that anime did feel like there's something cutesy going on, aside from that love quad yuji got into in shana 2.

well, turns out our ssi is safe for now. so i'm guessing that bill's out and we can still keep our ssi. and idk why. the government always do stupid things for reasons we'll never understand. probably either copyright purposes or something.

who knows? pretty much me for her example, but i'm only half-black, half-ghanian. and i wouldnt dare follow the path of the majority of black americans who stooped to crime and all the bad stuff going around.

hmm, a recession, huh? that cant be good. plus i always thought that if those artists can get u into like an entrepreneur type of job or a job where u can work with a company and such. that's why one day, i'm planning on showing my art and animations (once i give it a try making after i get my graphics tablet) to funimations or some other anime company, except 4kids and disney, and work my way to the top until i get paid more. but since the recession is coming, this could be bad for everyone. =/

BT-kun Jul 26, 2011 6:47 AM
[BT-kun's World]
Hi and long time no talk!
It's my birthday soon and I'll be celebrating it with a limited edition that will be opened on the 28th!
It'll be for mine and Yoruichi's birthday!

I hope you take a visit and request some cards if you like them and see you later :D
- BT-kun

starwarriorrobby Jul 21, 2011 12:16 AM
i told u about adult swim messing up the anime ops and eds. but yeah, its a good thing i already finished DRRR already. and yeah, i liked the subs better too. i've also been watching shakugan no shana and tsubasa chronicle. theyre really good so far. also, who to thought that li and sakura from cardcaptors are actually shouran and sakura in tsubasa? and not only that, i see chobits, X, and xxxholic characters in there.

i'll be moving in august, hopefully in my own place.
WHAT?!! If that bill doesnt pass, they'll kill off my SSI?!! Thats just as bad as the bill about video games on youtube and stuff that's gonna go on! GOD, I HATE THE GOVERNMENT!!

and really? that's what been going on with Anna lately? hmm, well, i did recall her telling me that some of her family are racist, so that may be the case why her mom's pulling the strings. but idk. although, idk why i should be worried after Anna played us before.

starwarriorrobby Jun 4, 2011 7:17 PM
and i'm almost finished with kekkaishi, since the dubs are all online now.

starwarriorrobby Jun 4, 2011 7:17 PM
btw, did u see blue exorcist and katanagatari? i heard those anime are really good.
All Comments