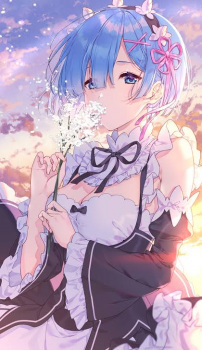 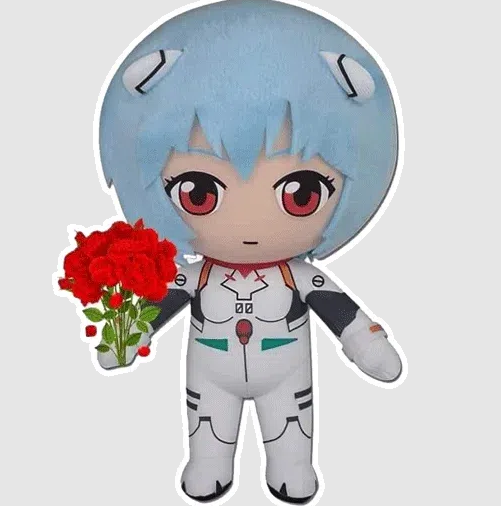 VamP0r3kN1ghT Yesterday, 10:30 AM
Ooh i see, when i used BB code for the first time, it was on my watchlist, it was kinda confusing but when i finally found some codes that worked, it was pretty easy

Yeah same, I think i already know the story, but i hope i forgot some of it

Thanks! Your pfp is Chitanda from Hyouka right? I've only seen 2 episodes but i should probably continue it soon cause i've heard from a lot of people that they really enjoyed it

Watching/reading anything interesting atm?
Sorry for the late reply btw

Kantiix Sep 16, 9:28 AM
it was pretty good, hyped to watch heavens feel, but don't have time
I'm reading the manga of naruto because it looks nicer and I wanna finish the series quicker that way
and I will definitely get to re zero soon anime and LN

Pretty good ~ I love it so much that I can't wait for season 2 to come out!
Well, glad to hear that-

It's a 10/10 for me. You should try reading it if you still haven't.
Oh, I haven't even watched Haikuyuu yet. How's 5-touban no Hanayome?

Akagi-han Sep 16, 6:37 AM
Well I had some sushi with my aunt and grandparents which was quite nice, but nothing that big.

Well somewhat. I want to travel that is for sure, but I'm more into people journalism, which is looking more into things like how people live, their traditions, history and so on. I prefer long pieces so average of around 800 or so words, but did not have a chance to get any done recently, plus work got me busy so I don't even have the motivation to do anything. I done some short pieces though when I was doing experience with a magazine, but that is kind of all.

I see. So more or or less like me.

Alexina345 Sep 15, 10:40 AM
Bro you literally defined the reality like haha lol .. their behaviour do change from person to person.. they are more like "attention seekers"
I guess you've got big brains and yore quite mature and u gave up too fast like u vanished instantly ..but man got some respect for ya !
I hope you'll enjoy your college life

Yeah too many people are shifting too anime due to the lack of good series and death note is the one which is assuring them that anime has a lot more to show
I would definitely recommend you to not waste your time on rent a gf manga coz it sucks .. its repetitive, its trash ,its slow , no progress , just the same story with bad written characters..but still choice is yours>>

Well no girl will share bed with you coz there are some steps unless its a hoe being drilled by everyone . yeah first I proposed her and it started as a relationship but it was kind of new friendship for us during the beginning, then bought her some gifts , won her trust and even contradicted my actions like touching , kissing during the beginning stages then after that just create the mood and pound her into the bed and the most important thing don't snatch the freedom of ur gf (or else you gonna end up NTR'ed )

I chose journalism coz I am kind of interested in world affairs and Im interested in other's peoples lives so that's why I started off with journalism . well my destination still isn't clear ,, so let's see where do I end up . yea my parents said it's ur life so just do whatever u wanna do but my pops was little upset though coz he wants me in real estate.

oh so ur becoming civil servant ? what's that . can u explain !

Anyways How are you?
><
take care ^^
you replied to me after a whole month lol

TriTriTrixo Sep 15, 5:33 AM
Same here. I don t watch those two genres. But I ve heard that banana fish has a bit BL but they say it s really good so I might watch that

Yeah ,I was like wtf , but I guess Akame was the real MC. AKAME ga kill. I think the author might have decided that by the end and tbh it made the show more unforgettable.
Lol fck her. She was worse than esdeath which is the main villain lol

soapyz_ Sep 14, 1:04 PM
Ohhh my bad, Shinsekai yori had an interesting set of characters and the plot was pretty good. Like I mentioned earlier, the story was a little confusing at first, but it all started to piece together as the show progressed.

I finally finished reading csm the other day, now I can say I’m caught up :)

Re:zero is a great show. Hmmm… Rem (who would’ve guessed) was my fav at first, but then it kind of shifted to Emilia, don’t know if it’s the lack of Rem rn. A few others I like - Echidna, Reinhard, Crusch, and Regulus
What about you?

Ashhk Sep 14, 5:06 AM
Yup I always love when it's more focused on that "clever" part than just boring fights

Yes I'm not surprised since its mean score is so high, I'll definitely watch it someday

Oh yeah I heard about these ones thanks, a lot of people are fan of Nana I watched only the 1st ep and it was fine but didn't continue yet, Banana Fish looks quite tragic it's probably really interesting

idfk_san Sep 14, 12:30 AM
well ngl it felt what most teenagers feel when the feel guilt of doing something bad in ryuugamine's case it was creating the dollars
the overall plot of durarara was pretty good but gotta agree storyline had some problems
personally love the izaya and shizuo fight's and their relationship with each other

this is a bit hard but gotta go for ichinose wait no kei no Hiyori ahhh man idk ,wbu?
well i am reading the year 2 volume 4 and after that i am gonna read the oregairu LN what LN have you read?

yeah she is just too cute and beautiful
i basically love everything about hyouka the small yet interesting mystery arc that happen during the whole show and the ending with oreki and chitanda is just perfect!