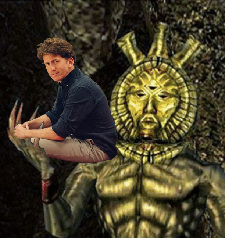 HanashiD4 Sep 8, 6:50 PM
Man, I’m really tired of arguing AbsurdTurk’s comment since he hasn’t changed and opened his mind about Subaru’s character. Also, just seeing Naruto as “realistic” makes me wanna puke out. I’m tired of dealing this guy, and I don’t want to see his comment again. It’s so ridiculous.

Maybe he hasn’t experienced trauma yet.

He is really a guy who stuck into his mother’s basement even though he mentioned that he “sees and talks” with ACTUAL people.

Just sharing it to you since we also have the share of disappointment towards him all along.

swirlydragon Sep 8, 1:59 AM
Well Melakuera had PTSD from WoE attack (just like
Volcanica
arc 6 spoiler). As for Roswaal's talk with Emilia,
it is mentioned in the interlude of arc 4 so it would technically be a spoiler if shown in Frozen Bond
arc 4 spoiler. Yeah Puck vs Roswaal and Melakuera backstory could have been done but then other scenes would have been cut. Guess they just wanted to show in Memory snow that they had a fight and that is all.
Anyway, I get your point. But I personally enjoyed it way more.
Seeing a story from Emilia's POV was better than seeing it from Subaru's POV in my opinion.

Fatephile Aug 21, 10:46 AM
Whoa indie games sure have leveled up.Last one I saw become successful was either Hallow Knight or Undertale
So, a Sekiro style game and a chinese one at that.I'm not really familiar with chinese myths or games, I was feeling even weird when I heard chinese for the first time instead of japanese.
A next gen huh? Damn, I'm not one to be able to afford it.
Given the fact that it's an indie and has such high graphics I won't be surprised if it takes 6 years for it to release
Oh and I finally played Shivering Isles.Holy shit this sky

This is probably what nights at heaven look like

HanashiD4 Aug 16, 8:15 AM
Yeah, but we still know the fact that it’s just ourselves who can think it’s right or not. Humility is already a flawed term because we, every individual, have no right to know what it’s actually right. Ergo, pride is always what’s inside our mind in the first place.

Deluding ourselves is what pride works within ourselves, and most people believe in humility as it’s functional while genuinely not working.

Every human being is distinct and prideful social being. If one says that a certain character is realistic, then others will say it’s unrealistic. That’s how the humanity in two opposing poles work. It’s because of distinct, ergo, every character can be subjectively realistic.

Of course, his denial is totally false equivalence, and we must understand that what one’s eyes can be right, then other’s eyes can be wrong. That’s why we, human being, are socially divided.

HanashiD4 Aug 16, 5:18 AM
Yeah, I went outside hours ago for my family birthday party.

That guy really just don’t accept how Subaru act just as how most people act like him precisely. He doesn’t clearly understand why I “achieved” empathy with Subaru when I shared the similarity with Subaru. He even spouted some quote of Mayazaki when Mayazaki himself doesn’t accept how most people, specifically otakus, acted that way. Heck, he doesn’t even know about behind-the-psychology of otakus. He’s not a psychologist, he’s just an animator. That’s it. Mayazaki’s one flaw is that he views art as “personal yet objective expression, and I do believe Mayazaki is just one prideful being other than he’s a greatest animator ever.

I really don’t want to argue him anymore. He’s just in denial right now. His argument is going all around when he inadvertently discriminate otakus as “deprecating” beings.

Despite he’s a decent being, he doesn’t know about how I and Subaru actually think that way. Don’t get me wrong, I don’t force myself to act like Subaru, but moreover, I have empathy with him (This is really repetitive on what I said, but who cares?) .

I really need to ask a mod to close my own thread. It suffered as an inadvertent discrimination against mentally ill people.

HanashiD4 Aug 15, 8:10 PM
Hey KreatorX. Sorry for the late reply about the add on my friends list, but thank you for backing me up in the “Misunderstanding” thread. I was really out of blue when I argued with a certain guy. I really had a rough day and night yesterday.

Expressing my gratitude to you.

Fatephile Aug 14, 1:14 PM
Now now no need to blaspheme lord Todd
Well I guess Bethesda is shaking in it's nordic boots right now.
I must say though...what's with that atmosphere? It's just too dark.From Skyrim's forest to Morrowind's dark and swampish cities, well I'm not surprised since I did get some look during the Dragonborn DLC.I'm a sucker for environments like Witcher 3, Skyrim or heck even Oblivion

swirlydragon Aug 2, 10:15 AM
I see. I agree with you. I hate Subaru because of this. I hope Emilia also becomes more strong.

swirlydragon Jul 27, 11:25 AM
You just made me more depressed with that shit. So you think he will? And Emilia will feel sad because Emilia and Subaru kiss will just become meaningless.
I'll delete that message though 'cause it triggers me.

Fatephile Jul 27, 9:42 AM
Well all RPG open-world games become boring(or rather die) in the end.No matter how much you play them, when the main story finishes it just doesn't gave out the same feeling that it did.Having expansions will only make it live for a bit longer time.Well I guess Skyrim escaped that fate by mods
But damn when you finish these games you just explore the nature in it and get depressed over the fact that you're going to shut down this game that gave you so much enjoyment.It even becomes harder if you complete side quests as well

swirlydragon Jul 27, 9:23 AM
I agree with you fully. But I am just scared he doesn't kiss Rem or some shit if she wakes up. In which case an Emilia route will also not be possible.

swirlydragon Jul 26, 3:58 PM
Oh I see. I am afraid I dunno much about these games. Btw Rem got her own IF route. But main route is becoming harem? Do you think author will not make a Emilia only route?

Fatephile Jul 26, 2:17 PM
How's Monster Hunter? I've heard some good praises from that too but they say if you get into it now you won't enjoy it because the elites will kinda ruin the experience for you.If you want to become something you got to farm like hell at the start
All Comments