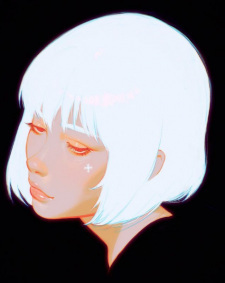 pluvia33 Sep 10, 2018 11:54 AM
So, I don't know if you remember me, but I was bored and going through some of my old blog posts today and saw some comments from you and that we also exchanged comments on our profiles. The profile comments mention watching Tamayura. I'm not really sure where you wanting to know my thoughts on Tamayura came from; I couldn't find any of our interactions in either of our blogs being about the series unless I missed it somewhere. But regardless, I know it's nearly 8 years later and I don't know if you care anymore, but I did watch all 4 episodes of the Tamayura OVA....

I thought it was a pretty damn delightful little anime! It was a nice little spin on the "cute girls + activity" sub-genre of slice-of-life that K-ON! popularized (a "genre" which I'm a bit of a sucker for). It's also an anime that centers around photography which is another soft spot for me as my father was a photographer. That also isn't a theme that I see used very often in anime. The only other anime that I can think of off the top of my head is Speed Grapher which uses photography in a VERY different way than this. XD But anyway, I just thought Tamayura was a very nice, chill anime. It doesn't rank particularly high with me (it's not good enough to break my Top 100), but I found it to be very enjoyable. It's kind of funny that we've both only ever watched the first episode of the TV version. Looks like you've dropped it, but I think I might go back to it eventually and continue with the other seasons if I like what they did with the first. The only reason that I only watched the first episode is that I think I was getting distracted with other shows and then went into a bit of a slump in watching anime around when it came out.

So yeah, that's my long-delayed response to you wanting to know my thoughts on Tamayura. XD I'm sorry I didn't answer sooner or write more about it; nearly 8 years have past since I've seen it at this point so it's a little hard to recall a lot about it. Anyway, I was glad to see that you're still more-or-less active on MAL. Have a wonderful day! ^_^

missdeep Nov 29, 2014 1:57 AM
Ahaha you're not missing much, work keeps me really busy these days. I'm still on Tumblr and Twitter sometimes though :)

NeoVenezia Mar 31, 2013 10:52 PM
Supp, I saw your thread asking for japanese music radio stations.
I don't know anything about Winamp but one of my favorites stations is Cyber Anime Radio 24/7
Check out their page - http://acrobs.net/

My favorite station is NYA-Club Radio but it has been like 3 weeks since it isn't working but it's worth checking.
I listen all of the above in my iPod using an app called iRadio. Check out the webs to look if they are available in Winamp.

missdeep Oct 2, 2011 9:21 PM
I was actually shedding tears in between fits of laughter when Watanukidog watched her emerge one-eyed at the end. I gave the series 10/10 in the end. I don't think I've seen anything as funny in a loooooong time. KUDOS, CLAMP. YOU REALLY OUTDID YOURSELVES THIS TIME.

missdeep Sep 12, 2011 11:35 AM
With any luck she'll stand around doing nothing long enough for the rest of the cast to get wiped out. Then we can all purge the series from our minds and never speak of it again.

femalegoblin Sep 11, 2011 7:58 PM
heheh, thanks i got it and cropped the image from thee one and only tumblr!
it's a great resource for anime pics. (;
i also reccommend zero-chan!!

When I watch the weekly streams I always find myself nodding off during Blood-C then waking up as Penguindrum starts. I think this is an inbuilt biological response to awfulness.

Dragonaut is best enjoyed with a stiff drink handy. It's so clueless about its crappiness.

missdeep Jul 29, 2011 1:45 PM
At this point I'm almost positive that being stabbed in the eye with a fork would hurt less than watching Blood-C. So naturally I keep watching it. Even Dragonaut was more tolerable and it was Dragonaut.
All Comments