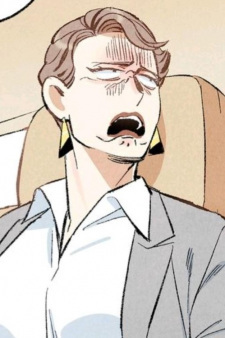 ShirayukiNoYurei Oct 5, 2019 6:21 AM
Haha it really is madness at it's almost very best ^~^
But I have to make a comment on music, it's actually brilliant how much it can bring to the table in any media (where there is music of course)

I enjoy actually turning the pages and having it in my hands, it's a completely different feeling
But can't really afford to be so picky when everything is hard to come by (and expensive), so it just ends up sounding as an excuse... >//<

ShirayukiNoYurei Oct 2, 2019 12:03 PM
Konbanwa~
If you really liked Durarara, I'd recommend Baccano for sure, the narrative style is somewhat similar and the character mashup is perfectly insane ^.^
Do you read manga online or you can get a hold of actual volumes?

ok
next anime you would probably like:
Sakurasou no Pet kanojo

Give it 3 episodes to begin.
Then ENJOY
no fillers <3

Boyscout31 May 10, 2017 3:41 AM
It's named Yondemasu yo, Azazel-san ;) I think it was from the second season.. I would recommend it, it's short (12min per episod) and fun. You need to like that kind of humor though.
Haha! Sorry, I just wanted to rot some souls with that one xP
Nichijou! I really liked this anime! It took me just about four months to finish it because I was watching an episod in a while.

Boyscout31 May 9, 2017 4:13 PM
Yes I did. And all I can say is that I love them!
My random gif is actually random, everytime you refresh the page you get another one ^^ So I can't tell from which anime it was unless you describe it to me. But I may guess.. Was it with a deer? Or a guy jumping of the window?

Hope you have a good day,
a random stranger passing-by.