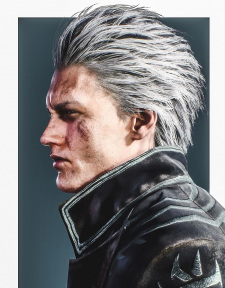 Juralumin Jan 6, 11:02 AM
That picture really made me nostalgic dude, fable was the first game that I really liked to the point that I played it twice.

Stairs5 Jul 9, 2018 10:09 AM
Haha, sounds a lot like how I was feeling yesterday. Wasn't feeling too great, watched welcome to the nhk and read the entirety of Aku no Hana. Reading your review was both a pleasure but helped me think more constructively about my thoughts, rather than them all be negative.

CrumblyKawaii Nov 10, 2017 11:57 AM
Well, fair enough at that. In that case, what do you think of the recent expansions they've been releasing? Are these part of the problem or is it entirely different?
Also, the main reason I asked this was because I wanted to find out if the "bad innovations from Blizzard" were exclusive to World of Warcraft or if it was related to them creating Overwatch and obtaining the publishing rights for the Destiny 2 PC port. After all, both of those are games I really enjoy.

CrumblyKawaii Nov 10, 2017 7:40 AM
Fair enough. MMO and MOBA are my weakest type of games. I'm more of a FPS, RPG player myself. I am also a strong fan of strategy. I heard that Starcraft II is free now (the base game anyway) so I may consider playing that soon.
Also, I don't play World of Warcraft, so what "bad innovations" are you talking about?

CrumblyKawaii Nov 9, 2017 4:16 PM
Ooh, I don't know anyone from Russia. A lot of people from Poland, a few people from Ukraine, and my fiancée is from Romania. Only times I met Russians was on CS:GO. 9/10 times it was a bad experience :P
What kind of games do you play? What platform, too?

CrumblyKawaii Nov 9, 2017 10:15 AM
Kek :P Although I should have expected a short response, I was expecting a longer response. No matter, though.
By the way, if you're not a native English speaker, where are you from?
I think your English is quite good. Phrasing can be a little awkward from time-to-time but generally you speak it very well :P

CrumblyKawaii Nov 9, 2017 9:39 AM
Whilst true that each series has a core genre, each genre has a certain level of importance. For example, a sci-fi mystery series. The sci-fi would be the general setting, appearance and atmosphere of the series, but the mystery would be what carries the plot forward and account of a great deal of characterisation.
I get what you mean by evaluating what you view as the main idea, but "to evaluate objectively" simply doesn't happen. One can't, with multiple perceptions different to others, evaluate and judge objectively. Something being objective means it's indisputable, truth etc. By using a term like "try" just before it, you've only proven that you can't be objective in this matter. Perceptions of character, story, the main idea etc. are all subjective. This is something that every critic should be aware of. As someone who reads plenty of reviews, I can see plainly that everyone who critiques (or more notably they claim their opinion to have objectivity to it) all have vastly different opinions and perceptions to one another. By this standard, who would be objective? Who is right? No-one. Because when it comes to perceptions, those exact perceptions are exclusive to that person. In their mind, they are right, because that's how they view the characterisation of a series. However, their view doesn't by any means make it "right" for anyone else. The primary purpose of reviews, at least in my opinion, is to express your opinion in a way that others can understand or even agree with it. The most successful reviews are aware they aren't objective. In fact, most of them say "I am not objective; stop treating my opinion like it is". If objectivity existed in art forms, there'd be no purpose for reviews. There could be one review and that's it. You wouldn't even need that because people would simply know if a series is bad or good. What makes reviews have value is the fact that there are numerous people trying to convince viewers of their own opinion, so they are aware of what to expect and they can make assumptions on whether what they have been told about the series makes them want to start it or completely avoid it. In my case, I will read a review if someone goes into detail about what they like/dislike about it. If the terms "objective", "unbiased", "overrated" or "underrated" get thrown into the review, I simply won't read it. If someone shits on the opinions of other reviews, how would I see their review as any more credible? Trying to defend one's own review by saying it's objective is delusional. If you were to look at ZephSilver's or Archaeon's reviews, you'll see that they don't think of themselves as objective. They compare and contrast their opinions to those of other people's, though without adding the "right" or "wrong" labels to any of them. Being able to accept your view is subjective and that your own judging of story, characters etc. is called being analytical or critical, as opposed to being "objective" or "unbiased" goes a long way to becoming a successful reviewer. With the two I listed above, people won't come to them just to say "I also agree that w/e series is overrated" but rather be intrigued by their overall perceptions of the series and that it adds to your own perception as a reader. People genuinely ask about their views on series, not because it aligns with theirs at all, but because they are very good at expressing their opinions and many readers can understand their perspective, even if they don't agree with it.

Chapter 1 end.
Let's hope I won't have to go into Chapter 2 here.

CrumblyKawaii Nov 9, 2017 8:39 AM
So, when evaluating the series, and you find the other aspects (story, characters etc.) to be lacking, you judge the one remaining feature that it would need to be a successful/enjoyable series, which in this case is the humour. Understandable.
Are you the kind of reviewer that looks for what a series has as opposed to doesn't have? For example, if a series is episodic (which in turns lowers the prospect of a "story"), you would judge the way it takes the episodic route and such, as opposed to complaining that it doesn't have a story.
True, I can look at some of your reviews to get an idea, but as each of those are situational to the series, I am curious as to how you would look at your own method of evaluation. Do you notice yourself favouring certain elements or patterns in series? Do series that have a large mix of genres take on an entirely new method of judging from those that have 1 or 2 genres?

CrumblyKawaii Nov 9, 2017 7:44 AM
I read the review just now, and I certainly get your points about it.
Though I will say that even knowing these things myself, I still enjoyed the series.
Which brings me to this question: If you are enjoying a comedy series, but not necessarily laughing whilst watching, does this mean the series has failed as comedy? Does comedy always have to make you laugh or can it simply keep you entertained?
I'm curious as to what your opinions are.