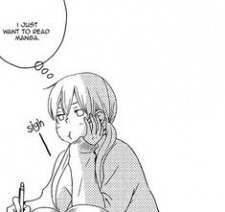 Kurt_Irving Nov 29, 6:14 AM
I had the busiest November as of late, but good thing that I don't have tennis elbow like last November. I remember the pain like it was yesterday and I had to sleep with ice on my arm. Yes, it was really cold and more effective than topical muscle relief medicine.

As for video games, I can't wait to see how the future Gungrave will turn out, though I am gonna miss that cel-shaded anime art-style that the first two games had. Still, I can get used to that Tecmo Koei-ish art-style.

On the other hand, a friend of mine your age is really excited to see Digimon Survive getting released next year. I like some things Digimon, but I think that another anime studio should take the anime rights away from Toei, because all they're good for is One Piece and it looks totally hideous. Even in 90s standards and there are better art-styles from that decade than what I see Eiichiro Oda doing so far, plus Toei anime is mostly for kids.

Digimon in the hands of Ufotable, I.G. or another studio would be awesome and more mature. The way I.G. did anime cutscenes for early Tales of games look absolutely gorgeous with bright and beautiful handpainted colors.

Some people call Toei the Disney of the anime industry because of their nostalgia cashgrabbing marketing schemes. Toei also makes Ghibli look a lot less than Disney and prefer Ghibli to Toei and Disney. I'm also glad that Ghibli isn't letting another party or studio make live-action remakes of like Kiki's Delivery Service and ruin it like Mulan which looks like a wannabe Crouching Tiger, Hidden Dragon movie.

I rather buy the original Mulan on a UHD disc at a good price.

Anyway, Breath of Fire II is a great game once you get the three dragons. The 4th installment looks really cool even though the anime art-style on the cutscenes looks inferior to Tales of Destiny (one of the best representations of 90s anime art).

Other than that, Breath of Fire II is so much fun now that I got the blue-haired hero his 3 dragons to unleash on difficult monsters.

Also, how are you doing this late November Kitsune? A bisexual friend of mine from Italy just had a birthday recently, early Sagittarius. On the other hand, life in Italy must feel like doing time in prison this year because of severe lockdown.

Sometimes, I wish that I could homestead in a very sparsely populated country like Nicaragua where I know that I'll be safe from biological attacks putting fat people or put someone's grandma at risk.

As for my old home in Georgia, it must be wet and chilly again. Now I know that the oak tree next to it can have its acorns turned into flour.

As for anime, I'm almost done with Sorcerer Hunters and its underrated. One of numerous Sentai licensed anime that may not get a Blu-Ray release.

Kurt_Irving Nov 14, 6:32 PM
I'm feeling interested about Weathering With You and I have yet to download the latest MAL app.

Other than that, what do you think of UHD? I think that I want to see anime with 30 percent more pixels than the standard 1080p. If anything is behind UHD, it's streaming and my DSL can't even handle true 1080p. Most people still don't have optic fiber or 5G (having so much bad rep) yet. But one day I might get a homestead so Blu-Ray will be my best choice.

Kurt_Irving Nov 13, 8:56 PM
Oh hey Kitsune! And I was doing a bunch of chores in my day off, but at least I got lentil chili. I was also reading some article about everyone wanting the goldigging Amber Heard out of Aquaman 2 and I hope that Blake Lively will steal her role, be like "Yoink!". :)

Trump may be all talk and no bite, but again, electoral colleges suck and can't be trusted.

I also thought about binge-watching some anime on the holidays and drink some cider. Before the holidays, I'll be paying respects to Elise on the 4th of December after she lost her life to diabetes. Pokémon is for kids yes, but I'll pay her respects using the 16-bit version of the Lavender Town BGM (her childhood music), not the 8-bit one which is too spooky. So yes! she was a gamer, a shoujo fangirl, a Potterhead and a great overall friend. She would be on Johnny Depp's side in the libel case against the Texan goldigger too if she was still alive.

Kurt_Irving Nov 9, 8:00 PM
Never heard of those anime, but I'm sure they will be enough to kill time before the new Year of the Ox comes.

As for Election Day, it should called National Lottery Day, because the US electoral system is as unpredictable as it is confusing and vague. So I trust probability more than America's electoral system which looks like it's based on gambling or chance. I flipped a coin 12 times and the chances of Trump completing his term is 1 in 5. And no, I never gambled before, it's just that probability is the true fortune teller.

Kurt_Irving Oct 31, 11:19 AM
Yeah! this Year of the Rat and Wuhan virus thing is getting really annoying. I'm also more excited about the next Ox year than Christmas, but even so, the Venom sequel is probably worth the wait more than New Mutants (nowhere nearly as dark as the DC universe) and maybe other future Marvel universe movies. If it's gonna have Carnage, then it should be as thrilling or more than The Dark Knight.

I laughed along with some Youtube comments saying that Kletus Kassidy at the end of Venom looked like Sideshow Bob.

Anyway, I'm doing alright and it's unfortunate that a handheld with modern hardware like the Vita will soon stop getting new titles.

As for anime, I'm still struggling to keep up with Vinland Saga and Sorceror Hunters because of real-life problems, but that's life.

Kurt_Irving Oct 25, 4:56 PM
Anyway Kitsune, how are you doing as Halloween Day is around the corner?

I also wished my friend Charlotte a Happy Birthday recently.

As for Breath of Fire II, it's better than Tales of Phantasia in my opinion. That game took forever to get released to the west and the OVA from 2006 lacked a lot content or running time. The other OVAs that I watched are longer in comparison. 12 years just to get ported to the GBA which retro gamers hated.

Kurt_Irving Oct 13, 8:36 PM
That's what everyone said, but I stopped using KissAnime years ago because of ads were popping up too fast. AnimeKisa is where I watch anime now, but 9anime is a good enough candidate, plus it's a good place to re-watch Gundam Wing but at 720p.

With that said, I would still buy anime on Blu-Ray with 4K resolution and 4K is better on Blu-Ray than streaming.

I dont know when exactly you had Birthday but I know its somehow close (probably I am veryyyy late tho) but anyway I wish you HAPPYYYYYY BIRTHDAYYYY my Lovely Friend <3333 I hope you had great one ^^ and enjoyed a lot *___* (even in this time x,,x) Did you have cake? ;))

Kurt_Irving Sep 29, 10:31 PM
Oh! just some old Xebec anime like Sorceror Hunters as I keep up with Vinland Saga. Apart from old Xebec anime having interesting artstyles, I also love the fact that Megumi Hayashibara was part of the cast.

I've been thinking about getting an Android TV so I can turn my old TV into a real entertainment hub and use the AnimeKisa app. I prefer AnimeKisa to Crunchyroll, Funimation (only good for Blu-Ray anime), KissAnime or other conventional means of streaming anime.

As for retro games, I could have played Breath of Fire or old Capcom rpgs when I had my SNES. As for newer games, all of them have to wait till next year, unfortunately and my friend Sora would have loved to play Digimon Survive, but it got delayed by the annoying Wuhan virus (not really all the scary anymore, just annoying and so are the measures most people have to take for being too diabetic or chronically ill).

The fact that many westerns have type 2 diabetes while being very ignorant of their blood sugar is really annoying too. In East Asia, fewer people get such high blood sugar thanks to martial arts or some sport in the most eastern part of the continent, fermented food and healthier overall culture.

Getting great grandparents in East Asia seems very, very common too. In the Western Hemisphere, people get fat as they age and die before getting to see their great grandchildren, see technology that was considered futuristic like nuclear fusion, etc. Brazil, Ecuador and Mexico have already become the top contenders in being totally fat or unfit, unfortunately.

Other than that, Happy belated birthday Kitsune. :)

Kurt_Irving Sep 7, 6:41 PM
Well, I'm feeling a lot of excitement playing FF6, even though I have to reload a file so I can get the ninja Shadow back in the second half of the game. Some blind playthrough that I attempted in FF6 cost me the ninja.

That Speed Grapher OP with the Duran Duran song is real and I thought I was the only one who thought it was an AMV. Again, it's real and it sure fits the OP, even if it was an AMV.

So you're an early Libra too? I see and Mimi (who loves sci-fi and historical things) as I mentioned before will be 32 on October 2nd (two days older than Supergirl's actress). Oh yeah! I just remembered both astronomical and meteorological fall.

Kurt_Irving Sep 4, 12:28 AM
Anyway Kitsune! how are you doing this September? btw, I forgot that Speed Grapher had a Duran Duran song on the OP. xD

I was also emulating FF6 on my Samsung phone that I got for my birthday. I like the GBA version's sprites more than the Android version. I also find Sakaguchi's FF franchise to be more magical than later installments. When it comes to JRPG franchises, SMT and Valkyria are my top choices.

Oh yes! and your birthday is coming like next month and several of my other friends will have birthdays at around early October. Aquarians on the other hand, are so hard to come by and I'm starting to miss my ex-girlfriend's wired or cheery personality, even more wired than my high school girlfriend that I once had who should be working as a surgeon by now.

It sucks that Nintendo wouldn't make the Switch more multimedia like the other two consoles and who knows when they'll announce Shin Megami Tensei V. I love the SMT series for being dark and gritty.

So anyway, I'm interested in the upcoming Playstation console for Gungrave G.O.R.E. and it's about time Sony announced a real exclusive. Everybody's been calling the PS4 a breeding ground of remastered titles, not that it's a bad thing, but this generation does lack exclusives from Sony and Microsoft's end, substantially.

With that said, you seem to be doing fine and my birthday was kinda meh! employment all over the place this summer.
All Comments