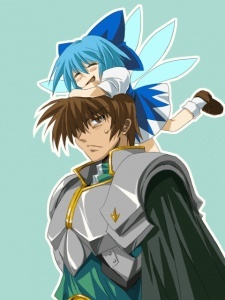 dear kitcha
I saw you in Visual Novel Petition Club

I was worrisome your sameaile
Do you like rance ?

Would like to inform you about an update of Sanada Yukimura FC.

I saw in your profile that you like Keiichi Maebara from Higurashi no Naku Kuro ni. I would like to invite you to the
*Psychotic Maniac Killers*

It is a club where all we all share interest in liking Sadistic and Psychotic Killers!
If you don't want to join or already did then please ignore this message. I'm really sorry if you had recive similar comments like this by me. I'm really sorry.

Hey ..
A Massage Nadeko Sengoku Club ..
now you can go and request a Member Card:
Member Cards
hope you like them. will be deleted on 25 March

Hmm, well you see Eliwood and Hector for a bit, Marcus is still the first paladin you get (D:), Lyn, for some reason, is nowhere to be seen. There's also a few other characters.
And Roy is obviously the main character (And at the same time, the worst lord I've ever had to play as).

I always had trouble deciphering which the first pegasus knight was, a boy or a girl, but I like to tell myself it's a girl since they usually are. Anyway, I liked her enough to use her till the end. My favorite pegasus knight is probably Syrene from SS though.

Oh by the way, you also get a loli dragon like Myrrh in this game. This is a definite plus.

Well, it seems like no matter what I do, most of my characters won't ever reach the level cap as promoted units, so I just promote them whenever I feel like it.
And about that, if you play FnT, you might really want to consider having one of those thieves around for most battles. There are no item drops in this game, making it hard to get money, special weapons/items and promotion items. So stealing them and opening treasure chests is necessary. In this game you HAVE to use promotion items because the characters won't automatically promote. :< In fact, I was stuck with a level 20 priest till the very end of the game because of the lack of approppriate promotion items. You'll also have to buy the higher level items in the map (pain in the ass).

So as you can see, it's definitely not as refined as the later games. Makes you really appreciate the small changes in those games.
All Comments