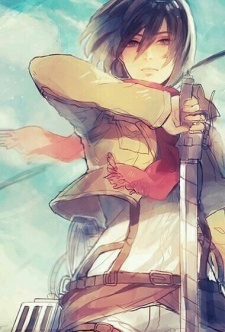 myaanimelist Mar 5, 2019 1:15 PM
How TF did u read genshiken it so much text n feels like a chore I just don't understand or maybe that was just how my day made me feel. I'll read again soon. I love all the characters tho <33

I should be done by December.

What do you study at uni? Well too much anime and manga can be overwhelming, especially those yuri manga amiright?? Lol I tried reading a bit of yuri once, let's not talk about what happened afterwards (it was a rather messy conclusion).

I only come on MAL to browse the anime/manga lists mostly. Also I never log off because logging back on is a pain the bum. Forums are a shit fest sometimes, I try not to go full retard when I browse some threads.

Yeah first year I studied computer science. But I want to change lol. Found the course boring tbh. So I've been busy trying to change to a different course, I think I prefer the natural sciences. I studied them at A Level as well. Engineering is not for me :/ I find it boring. So I was kind of stressing since I'm waiting to see if they will let me change..... had to take an exam.

I added it to my favourites list because I'm a wannabe elitist. No but seriously, it's getting really good now. First 15 or so episodes are a slow start but it picks up from there. Shit just got real in the lat episode. You need to watch it yh. I hate space operas generally lol, tried to watch the Yamato remake but put it on-hold. But this one got me hooked. I only started it since I heard that there will be a new Legend of the Galactic Heroes anime in 2017, so I thought I'd watch the original before the new one starts.

Yh it's a Friday, so the weekend is ahead. Seriously, respond in your own time. Seeing you reply so quickly actually scared the fuck out of me. No pressure. Ah Bleach, so many people were upset with the ending. I read up to chapter 610 I think. Need to finish it off too.

amayadori Sep 1, 2016 4:31 PM
Hey Kirky!! Doing all right. Haven't been on MAL much these days myself. Hope everything's good with you?

Grats on finishing HxH! Nodame is absolutely amazing, that show makes me really happy and the music is 10/10

Haha, yeah I guess that was funny. Your about me/bio is hilarious. Made me laugh. That's the type of banter/comedy I like :P typical Brit

I was actually there when the profile was the way you described it. I joined in early 2015, I think they changed the profile page this year if my atrociously bad short term memory serves me correct. Lmao looks like your short term memory is a prick as well. I forgot some of the original layout and designs as well, but I'm not too fussed. Uni stresses me out enough so when MAL goes through a change I try not to be too pissed.

I'm well madam, hoep you're doing fine. See you again next year! (kidding, I'm pretty on and off MAL myself so don't worry about it)

I start on Monday!!

Ahahaha, yeah I'm caught up. What do you think about what is going on?

Let's see, since then.....the Walmart job lasted a whole week before I ran screaming out the door. Tried recently to get on at the local paper but that fell through so now I'm giving up seeing about being a teacher's aide or some such. How's the nursing thing coming along?

Still not watching much animu, though I just recently started watching a little here and there. Still card gaming, not so much comics anymore. One of these days I should see about finishing a FF game - I've started 7 a couple times and played 10 a decent amount....

I've not done the research, but I believe there is a shortage of crazy plant ladies in the world, so wear that badge with pride, sister! I shall continue to be a crazy cat man over here.

amayadori Nov 12, 2015 10:44 PM
I know the feeling. I move things to my on hold list regularly but there are shows that have been there since I joined MAL and it's awful. I'll never get rid of it. You're really close to finishing, whoa. 135 is generally considered one of the best episodes so let me know how it goes.

Doin aiight. School and shit. The usual. Took 9 months off because of family stuff but now I'm back and getting into the groove again. You?

Since you've been on MAL for so long, I wanted to ask a Q. How has MAL changed over the years in your opinion? I'm just curious haha.

Your welcome.
All Comments