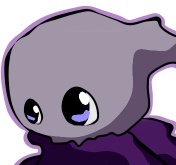 Why Kiniest. Why do you do this to yourself. We can't all be like ImperialX.

partysmores Dec 13, 2014 7:42 PM
Yeah I haven't really been watching much either in the last few months, except for rewatching Tokyo Godfathers because I do that every Christmas (Satoshi Kon, a master gone too soon).

I bought the first season of High School DxD in a sale though because why not and found that I find it much more enjoyable dubbed then subbed. The dub isn't afraid to dick around and came across as more of an "American Pie"-type thing which actually made me laugh out loud a few times, while the sub played everything straightforward except for the ecchi and was incredibly boring.

Pebble-RunOver Jul 29, 2014 11:51 PM
Yes, but both people know that neither of them have any degree of privacy in their conversation because anyone under the sun can listen in on them.

Pebble-RunOver Jul 28, 2014 8:35 AM
The form comment-to-comment conversations take on MAL is quite bizzare. I analogized it to shouting in public once, though that's a bit off...

Good job getting at least that much done! And yeah, like I said you just got to set aside an hour or two a day and force yourself to do it. Maybe install one of those website blocker apps designs for studying, or disconnect your computer from the internet to keep you from procrastinating. You can do it! Keep at it!

'The Skull of Power' is going fine. I'm about 90% done with penciling, and over halfway through with inking. Most character art is inked, while backgrounds still needs a lot of work. Haven't done any lettering yet.

Tomorrow night is the deadline I set myself to get it completely inked and lettered (give me a few days to do screentoning and coloring digitally,) so I'm trying to work on it as much as I can now.

Good that you're not worrying too much about being famous with your work. It doesn't hurt to dream too big though, just as long as you counterbalance it with more realistic expectations.

I'm not sure how much time a day you're putting into Pen Pen Redux, though if you're having trouble "finding the time," just set aside a couple hours a day and force yourself to work on it then; which should be especially doable now that you’re out of school. Push through the mental block of 'knowing exactly what to write but not being able to,' and just write it without worrying if it's bad or good; that can wait until you start editing it.

And I understand the feeling too, though really you won't know exactly what it'll be like until you actually write it. Which is only natural; just keep writing until you get it down.

Regarding the ending, in Syd Field's "Screenplay" he mentions how the students in his writing workshops would quite often end their screenplays by killing off the protagonist, and how it's a much more common and cliche ending among amateur writers than you might think. Which isn't to say you shouldn't do it, but like you said, consider whether it's really necessary and would make the overall narrative stronger.

If you're having trouble writing, it'd also be a good idea to just step back from a more ambitious project like Pen Pen Redux, and practice working on smaller things like short stories. In general short stories are a good way to and hone your writing skills, and they're often even considered an apprenticeship form of writing. You're essentially doing everything you would for a longer work, just on a much smaller and more manageable scale.


My summer's been pretty alright so far. I've finally taken up studying Japanese again, and have amped up my art studies, so I haven't had much trouble filling in the gap of free time left by school.

I think it’s always good to balance leisurely time with studying and/or work, especially when you have a whole three months worth of free time in the summer. It’s good to keep your brain and body active! So that’s something to consider if you’re having a hard passing the time and keeping your day from being dull. Working on your creative writing a couple hours of day is one way solve it. You could also study 日本語 like me!

Anyways, keeping myself busy is easy to do, doing stuff outside of the house with friends is whole ‘nother matter though. But let's not go there, haha.

Oh, and within the next few weeks I'm going to be working on an 11-page comic for SacAnime's manga contest, so I'll be pretty busy with that too!

Here’s some ‘concept art’ I made for it yesterday: http://imgur.com/KFYIP5s

Apologies that it’s not inked, haha. I’m actually waiting to get a fountain pen in the mail. I’ve never used a fountain pen before, but it’s what the majority of manga artists use and I’m determined to be as much of a legit mangaka with this comic as I can. I also figured it’d somehow be easier than learning how to ink digitally with my tablet, but we’ll see about that.

It’s about two girls who find a magical skull that grants any wish. I’ll show you the storyboard for it once I finish that in a couple days! (I'm considering posting it in NHRV's "Writer's Block" sub-forum, too.)

Nah, no waifus or husbandos for me either, possibly because I’m so behind on shows.

God, these MAL comments with you are a nightmare to write (though enjoyable!). I hope it’s not too long, haha. Do you have a Skype or twitter? We should try instant messaging each other.

How ya been? You're out of highschool now too, right? Is the post-highschool lyfe treating you well? Make any progress with Penguin Pen Reloaded? Get any new waifus?

Pebble-RunOver Jun 16, 2014 1:44 PM
I dunno if that applies to Evangelion. The evangelion anime community is in uproar over Bay, and looks to be pessimistic about the affair, and japanese super robots was never the favourite genre of US consumers, which I base on Pacific Rim's sales in the US.

As for abroad? Well, I know nothing about what people outside the states think of a live action Evangelion, though I am inclined to believe that the people who liked Evangelion for...what Anno did to it will reject the LA version unless it follows in the spirit of the series to a tee, and a single movie can't be faithful to 26eps+movie worth of screentime.

Either way, wasn't this a really flimsy rumour? The Eva movie has been stuck in development hell for a good long time, and its always been up to question whether it'll even sell or not, making the issue of whether its worth it to bring it out of hell muckier. Its too esoteric for general western audiences, and will most likely piss off old Eva fans. The Gainax fandom is also out of the question as a potential market since Gainax isn't involved at all.

Pebble-RunOver May 24, 2014 10:36 AM
I'm not back, and am currently spending time crushed under textbooks and the like.

Pebble-RunOver May 6, 2014 11:40 PM
Your question assumes that there is something out there called 'objective quality', or 'objective intelligence'. The idea that such a thing exists, and the implication that necessarily comes with it of objective being preferable to subjective, is a value itself.

Well, human values, generally being prescriptive things, do create a distinction between good and bad, and thus high quality behavior and low quality behavior. A simple harm principle, despite being something that has nothing to do with literary criticism, describes harmful behavior as low quality and everything else as high quality. Similarly, a principle on which you found your ratings, like 'entertaining shows are good shows', differentiates between high and low quality. What it looks like is not that human values describe quality, but that quality is a notion that is given meaning to by human values. So it seems self-evident to me that values can measure quality, so long as you hold that value and no other contradicting ones; that is what they are.
In the context of measuring intelligence, a similar argument applies. I recall reading that when the inventor of IQ tests was asked what intelligence was, he replied with "what my tests measure". Intelligence is something we define on our own, so within a framework of defining and measuring intelligence, intelligence is of course measurable. Naturally, the precision with which it can be measured depends on the framework. So with IQ tests we can say that 200>90, and 123>119, but with a less positivist, standardized framework, we can only differentiate between a 'smart' and 'not'.

At the same time, values are things that are, and always have been, subject to change, which naturally means that you can never be confident of the standards you initially set being the same till kingdom come. EQ didn't exist until a while ago, for example. It doesn't really make sense to say "I'm smart." as much as it does to say "I can solve a randomly provided problem faster than you.", where a problem can be anything from calculus to calming down a hysterical teenager.
Personally, I think being able to solve an IQ test doesn’t mean shit.

Not sure if I answered your question.

P.S. you've spent a lot of work on those tags. The one I worked the hardest on was 'Cars so stupid'.
All Comments