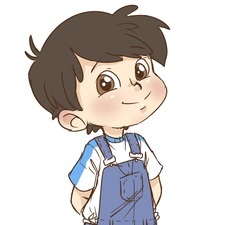 Hope all is well! No hurry.

I've decided to come back here and try to maintain both lists (MAL and AL). We'll see how it goes. xD

How've you been doing lately? Been a while since I saw an email!

SuperMilk-chan Jul 20, 2015 5:15 PM
tee hee wuts up Ryan? (.^ ^.)
I didnt kno you had a MAL account~
I know you from over on deviantART, good taste you have yes indeedy~
peeze be my one of new friends here, I just made an account here like a week ago and am looking for new peeps to talk anime about (^_^)

I calculated, and it runs up to around 21 hours if I watch the extended versions, which I will. If I have two free days (since I'll have to sleep in) to dedicate to it (and I'm actually interested in doing it those days), then sure, but my days are filled with work and classes right now.

That's good to hear. I hope it pays well (enough). Do you like your job?

FacelessVixen Jun 1, 2015 12:48 PM
Those estimates actually sound rational for playing modern games at certain resolutions (4K being the highest for current monitors but 1080p still being extremely common), wanting certain frame rates and a monitor that's fast enough to show those frames without any tearing, and with a certain amount of monitors (three at most).

FacelessVixen May 18, 2015 9:17 PM
Sure. Unlike most of the internet, I'll try not to mislead you in buying more that what you'll actually get use out of. Like I said, $400 for an AMD build is in the realm of possibility as far as components go, and the more parts that you can reuse and re-purpose, the less the initial cost will be.

FacelessVixen May 18, 2015 6:58 AM
Cool on consoles. Best on PC with various mods for clothing, weapons, animations and more, and also FXAA post processing ENBs and SweetFX filters.
All Comments