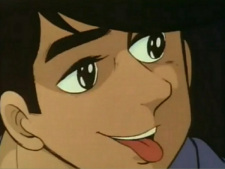 icedcoffeen Jul 21, 12:29 AM
YES, please watch the Patlabor films, it's where Oshii perfected his style of filmmaking. It even holds a higher ground than his Ghost in the Shell films in my opinion. As for Innocence, I love the incredibly nuanced symbolism in the film, particularly that last shot of Batou holding his dog juxtaposed with Togusa embracing her daughter! It certainly created its own narrative that managed to still be complex without relying on what made the first film successful. A lot of people complain how the dialogue is composed of quotation from passages, but it's never done without any purpose or meaning. It's a challenging film, but it's one that I would revisit over and over again.

icedcoffeen Jul 20, 11:54 PM
Indeed, it sends shivers down my spine whenever I revisit that parade scene incorporated with Kenji Kawai's master work. Every dialogue is purposefully written and grandiloquent, and ties neatly with the themes the movie addresses. It certainly holds a candle to the first film.

icedcoffeen Jul 20, 11:33 PM
Truly underrated. Easier to follow than the first film but just as profound. Masterful use of CG animation as well.