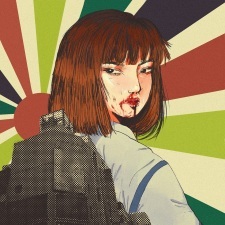 yeah, tv shows are most of what i watch now

Rsurect Apr 20, 11:11 AM
which games and what anime? and how are (assuming) online classes going for you?

i have been watching a lot of tv shows, mostly stuff i never got around to finishing before since i tend to start more than i finish

what have you been up to during the quarantine?

Welsons Apr 10, 10:28 PM
Imagine logging in back after 2-6 years of inactivity only to find some stuff you made back then it made you cringe somehow now.

Playcool Oct 31, 2018 5:21 AM
Well, again you should have read the LN part a long time ago, I believe from the start, ages ago I reccomended you to do it.
I knew what would happen, for these kind of waits you just have to take your head of the waiting game and forgot you are waiting, busy yourself with other stuff, and notice I wanted for all movies to be released, this helped, but either way, I saw them all 3 in a short spam of 2-3 days and when I was going for 3, I was excited and it meet my high expectations.

Bake for me was very interesting but also very gray for the most part, whereas nise came and felt more like a rainbow of colours, and it was the real debut of loli Shinobu as I came to love her all these years.

Didnt find the tutorial that bad, but roaming the overword on hard and having to deal with crowds is not balanced at all, especially when I fell that these crowds are more dificult than the actual bosses on the same dificulty setting.

Huh? I was almost sure I had tell you that I have finished and platined Yakuza 3 (very HARD platinum) a good while ago... at the time I immediatly proceeded to 4, but since then I have lost my saves, so starting 4 from begining with my current life schedule isnt very appealing..

Inyoso Oct 13, 2018 8:22 PM
Hey, Sorry for the super late response. Thank you soo much for recommending Violet Evergarden, I loved it, a 10/10 from me! It's rare than an anime gets me teary eyed /holding back tears, I finally had a chance to watch the special a few minutes ago & wow that ending song was beautiful!

I'm excited to check out the others!

Sailor moon:
It's a magical girl anime (think madoka but lighter). I started with the remake instead of going back to the one I watched as a kid & I'm glad I started with that one first it's 39ep for both seasons (a lot but overall enjoyable). I watched it in english which was quite nice when I compared it to the Japanese voices. It's cool how they kept the good voice actor of the 90's for the remake. The art was different from what I was used to watching, many people enjoyed the 2nd season more b/c of the art change. As for annoying things the transformations they took up a lot of time were repetitive (I skip threw the ones I already seen before). It has some comedy moments as well. I say give it a shot, by then end of it I had my favorite scouts (hint: Pluto is amazing) & waiting for another season (it's another favorite)!

I didn't realize to later alot of things were removed & changed with the one back then (name,voices episodes removed) to make it more kid friendly w/ the (DIC dub). I started watching old Viz dub & it's sooo much better!

Playcool Sep 27, 2018 3:51 AM
Nah, those people dunno what they are saying, YES, the first 2 movies wherent as great as the LN part, but the last movie was IMO on equal grounds, I have read it, Kizu I and II may have not been as good, which is why my rating for both these differs from III... III was everything I wanted it to be and more, it wasnt easy to adapt this, but it probably become the best adaptation of any LN I have seen, in regard to III.

Lets stop addressing I and II, you seem not to have any complains to III, what did you want more from it?
You have been waiting too long,s right after I got into the series in 2013, after seeing everything anime related to it, I jumped to Kizumonogatari LN, no regrets.
III did it justice, waiting too long was a mistake on your part, since you could at any moment have experienced Kizumonogatari itself.

Bakemonogatari was like a 8.5-8.7 to me, with Nise and S2 coming higher in terms of enjoyment.
If you are not feeling like watching anime, dont force yourself, watch when you want to watch otherwise you are spoiling the experience for yourself.

And that has made my stop playing Nier for now, they should have tweaked it more between normal and hard difficulty, the spike is too unfair (boss battles are mostly fine, it is just the overpowering lvls huge crowds of smaller enemies that are a pain).

Will be getting PS4 Pro this year, maybe then, but I still have Yakuza 4 to finish, and then 5 to start.

Gaming on PC other than VNs been on halt honestly, and I do have complicated feelings about Nier Automata, mainly the fact that normal difficulty isnt enough for me, but on hard it is just cheap consider the world alot times has ALOT of overleveled assholes...

Inyoso Aug 6, 2018 3:49 PM
Have you seen any good anime recently? I finished up Sailor Moon Crystal, it was better than what i expected. I watched it growing up in the 90's but didn't remember much of what actually happened. I'm going to check our the old version as well. I also finished Shingeki no Kyojin 2 going to start S3

Playcool Jul 20, 2018 4:32 PM
Open, not open, MAL left me a sour taste on my mouth, the fact we still cant comment on forums bothers me the most, I prefered that over profiles, my list is getting bigger with the ammount of things I finished but am leaving there so as to not forget to comment, since I wanted to comment on them...

That anime... they look too small IMO, with SYD it works due to also the cast itself, they are more mature than a bunch of kids, and seeing someone so young having such language all the time..
I m excited for S4, which I havent seen yet, I heard 5th divided the fanbase quite alot.

Cysotiso May 24, 2018 9:51 AM
I just heard some news about the Violet Evergarden OVA. It won't be a sequal to the story. It will play between the 4th and the 5th episode. I think it will just be one of these typical OVAs without much story in it or just a light side-story.

Playcool May 2, 2018 7:39 AM
Let me rephrase it, SYD does it in a way that makes me say that, the execution works well enough there, granted many others would try and have failed at this point keeping this long, so SYD is special in those regards, at least for me.

Laptops are only playing media, working or light gaming (old games like FF VI on steam), or VN playing IMO, if you are about heavy games, desktop, that is the truth, wasting alot of money on a gaming laptop that will soon enough underperform, good luck with that.

Yeah, I dont think the protagonist of ReZero lives up to the series hype, but the overall series does, there is not many that are able to stand aside ReZero and deliver that feel of dread it does, in fact, for anime standarts in most be one of those that most made be connect with the situation, feeling the fear and anxiety of being blind and unware of where the enemy would come from. I dont have problems with Subaru, but why are you calling him stupid? Do you have any examples to support that statement?

Dont care about what others say, I m have alot of history with JStaff adaptations, sometimes they really manage it, others it is a buchtering, but there is this one thing, aside Souma, that they fail at, delivering Madhouse quality animation like OPM, even Souma doesnt compare.
It was retarded that Madhouse dropped on S2.