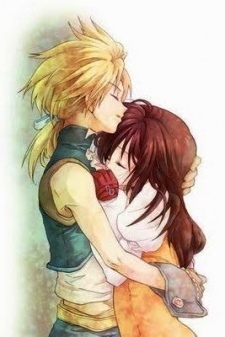 InfiniteDestiny Mar 10, 2013 7:10 PM
Not really looking forward to the anime considering we would have to go through the horrid arc again, it makes me realize all over again while Yuzuki is a terrible character. The designs are indeed much better then OVA (which i didn't even bother with) but in the end the series as a whole has been a major disappointment, Suzuka is countless times better.

How has the new year been for you so far?

All the best to you buddy!

Thanks man,right now i am ok,specially since i have a friend that help me and she kicks my ass when i start to look sad so i am fine for now :)

Well lets just said was one of the main reasons i quit my last job,working in private security has it risks,and maybe i was still there he will still be alive but well i will never know.
And about me getting run over a lot happen,specially with my friend dead i went to the bar and got really drunk so i was crossing a street and the car didnt see me and i didnt see the car but thankfully i was able to react as better as possible so only was my leg that got screw more....but well at least from all this now i have time to watch anime,read manga and LN,play VN and videogames and just slack my ass off :P


After sleeping for just a little over 3 hours, I woke up and showered first before quickly packing up my stuff. Then I went down to the hotel lobby to check in my bags at their bag/luggage check-in room. After that, I immediately went to the shuttle line to head to the convention center. This was the longest shuttle line I was in out of my 4 days at the Expo.

Originally, I was planning to go to some “K-Pop 101” panel thing but then the people who were initially invited me to go with them no longer felt like going. So instead, I met up with them at the main exhibit hall where they were desperately trying to find any last-second discounted merchandise to stock up on. I personally wasn’t too interested in doing this, but I didn’t mind tagging along with them.

Next, we went to ‘Vocaloid: The Fan Phenomenon’ panel. During this time, I basically only knew about Vocaloid by its name whereas everyone else was like obsessed with Miku and what not. So once again, I was basically just tagging along.
Once that ended, we quickly went to grab some food.

Afterwards, we briefly went to a ‘Figure Collecting 101’ panel thing since the rest of them like to collect certain anime figurines. We only made a brief stop here since the exhibit hall was getting close to officially closing, so we headed back there immediately to see once again what last-second merchandise was still available and how much further discounts they might have received throughout the day. So more or less, they enjoyed stock-piling on whatever merchandise they could get their hands on, and they admitted that they needed to start saving up again for next year’s Expo.

Then for a few hours in the afternoon before the closing ceremonies, there were no events that were still ongoing other than some random charity auction. So we tried to get as many people as possible to meet somewhere in the convention center for a group photo. Some people left early, but for those of us who stayed around, we basically just hung out in the center and chatted with each other.
Then when the closing ceremonies began, it was another decent excuse for loitering around Downtown LA.

After it all ended, I headed back to the hotel to pick up my bags before my brother came to get me. From there, we headed to our godfather’s house and he took us to a nice Italian restaurant somewhere in Beverly Hills for dinner. It felt really good to finally have a proper meal after I cheated with my meals for about five straight days. I was surprised that I didn’t lose my appetite at all.

Sigh...i lost all hope for KNIM, the fact that they are bringing back Asuka is just reminding people how psycho Seo was to make Haruto choose Yuzuki.

Mortsyn Sep 30, 2012 4:15 AM
Perhaps I do judge and compare things too fast, but then again, I'm only human. It's only natural. But even so, reading the premise of Sign and SAO together can impossibly not create any comparisons between the two.

And I'll watch Sign most likely after SAO is over.

kumquat123 Sep 28, 2012 8:34 PM
If Baam would recover instantly after fighting the strongest guy in the Manwha...then well.. it would lose its value in my opinion, mind you, remember that strong girl that gave baam the black sword at the start? She was Rank 500... This guy is 4, the king is third, so this mother fucker is STRONG lol and if baam healed instantly then GG no point lol.. I like how they did it though, a scratch on something that is untouchable by all the rest

kumquat123 Sep 28, 2012 7:19 PM
Who can blame you, This Manwha is just so fucking amazing you can't wait, you reallly want to see what happens next and WHAT that thing Baam has, that thing, Ugh and i wanna see him punch that bitch out, shes so phyco (the bitch that backstabbed Baam, cant remember her name right this second)

OMFG Baam Scratched the face of the #4 Ranker in the tower, who is Currently the strongest person in the manga (because the other 1-3 are MIA)
. Baam is such a fucking bad ass ><

Mortsyn Sep 25, 2012 12:49 AM
That depends entirely how the anime adaptation is handled. And even without reading the Novel, I can clearly tell that the anime is a poor adaptation of the Novel. Mainly because the studio behind SAO is A-1 Pictures who are horrible at storytelling. Yes, studios behind an anime is major part in how the anime will be presented. Just for an example, the upcoming Little Busters, it's gonna be animated by J.C. Staff, instead of KyoAni which would have made more sense since they animated some of Key's previous works, which are all great. J.C. Staff on the other hand aren't nearly as good as KyoAni in terms of storytelling. Now, before you misunderstand me, I'm not saying that the anime is gonna be bad, I'm just saying that it's not gonna be as good. Plus, the director doesn't have a very impressive line of works, most of his works are only assitant director, this is only his second full direction work, after Occult Academy. But anyway, I digress. And for the record I only said " I have an extremely hard time believing this" which means I only have a feeling of this, not that it is like that. The novel is obviously better than the anime because of how poorly the anime is executed, but that doesn't mean that I would like it, just because it's better. Even if I read the first volume, I would still think it's a mediocre story with bland characters. Hell, I could even read the first volume if you so as much want me to.

Thank you, I will.

I never said .Hack//Sign was fantastic, in the story section, I stated "Now this is nothing I can confirm for myself since I have yet to see it, but according to some, SAO is ripping off .Hack//Sign not only of its premise, but also some plot elements." Since I can't confirm these remarks, I won't go too deep into it. However, my point is why should I watch SAO when .Hack//Sign is the same thing and did everything SAO does just 10 years before it? Then I might as well just watch .Hack//Sign since SAO is in my eyes not a good anime. You know, to see if they are the same or not. To confirm these remarks.

InfiniteDestiny Sep 24, 2012 11:09 PM
Well don't be discouraged by forums in general, like i mean if you see the Kokoro Connect forum or the Kuroko Basket forum its almost always positive; nothing like SAOs forum; its simply due to its popularity; the same thing happened with Guilty Crown, Guilty Crown may have disappointed its hype but it was NO where near as bad as people rated; when shows get hype they get torn apart by said hype because people are ignorant morons who have the imagination and expectation of spoiled children, its really quite pathetic. As for how i put up with it? i guess its cuz i'm a diehard fan of the LN, it may very well be the best thing i have read.

Good :D, you should judge by your own standards, thats the way to go.

I doubt it, KNIM is almost dead in my eyes; and unlike you i never lost faith in Suzuka, it was a great story and even the "bad" parts were really short; we didn't have no nonsense like that long sick guy arc T_T

Also btw...how the heck haven't you watched Kokoro Connect?! its a borderline masterpiece, heck it may very well be by the time its done; the drama, romance, and comedy is mixed so freaken well!

So why did you delete all your favorites?