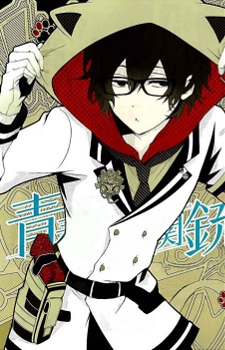 Black_Sheep97 Jun 29, 2019 9:07 PM
Yeah I'm not gonna argue you seemed pissed, but will say I've heard complaint about episode 11 but not on the others I've heard anime onlys say they enjoyed most of it except for questionable stuff in episode 11 but that's only a bunch of people as oppose to the others to believe that to be plausible because of something like " Atushi didn't want to leave Akugatawa behind or something".

I don't think alot of anime onlys are mad mostly manga readers cause they are aware of the changes made. Either way I don't think you want to watch season 4 cause this season was successful and they are probably gonna stick to that format. But if I'm pissing you off tell cause I'll shut up if that's the case.

Black_Sheep97 Jun 29, 2019 11:25 AM
Haven't seen season 3 yet of bungou stray dogs? Curious as to why you gave it only a six , seems most people are loving it but did it skip content from the manga and how is the manga currently

Bippityboppitybo Feb 27, 2018 6:31 AM
oooooooooooh! Thanks! I added it to my plan-to-read list! Friendship is profitable :3

Bippityboppitybo Feb 27, 2018 6:16 AM
No idea why you ACCEPTED me as a friend but thanks anyway :D Yay new friends! :P
Actually, I was wonder who your profile picture was

Stacys__Mom Feb 3, 2018 2:26 PM
I figured out what it was that made the show seem optimistic: It was the soundtrack, and it would make sense that the soundtrack was the cause of the difference in tone because there wasn't one in the manga. The music was consistently upbeat (especially the OP and EDs) and magical-seeming, rather than the spooky atmospheric tracks you'd normally hear in a sci-fi/dystopian show.

Stacys__Mom Feb 3, 2018 8:24 AM
I think it was just the way that they portrayed the girls' situation; it was always bleak in nature but they were just so optimistic about it. It was like they knew that there was no hope, but that was okay because they had each other.

...Or something similarly sappy. It's hard to articulate, I guess :)

Stacys__Mom Jan 22, 2018 4:02 AM
I'm intreagued that you found Shoujo Shuumatsu to be depressing in tone. Having only seen the anime, I don't know how different it may be from the manga, but I actually found the story to be uplifting/comforting.

That said, you're right that it's not for everyone, and I guess it's kind of a shame that you weren't one of the people it was for.

Fuerzo Jan 17, 2018 5:47 PM
I think you misread a lot of the intent of Shoujo Shuumatsu Ryokou. Your main criticisms seem to be how simple the philosophical questions are and how little is revealed about the world and its history, but I think it would actually harm both the manga and the anime to go deep into either of them. Chito and Yuuri have never been taught philosophy, and the lack of communication and record-keeping mean that they only know vague aspects of the decline and fall of the human race. A major aspect of SSR is them slowly discovering new things about their ruined world through exploring, and questioning the nature of existence without ever having read about philosophy. This is what their "tour" is about, and it works far better than an exposition dump about the death of humanity would.

Ultimate-Shield Jan 10, 2018 8:07 AM
Haha! My anti-troll attitude is the only thing that allows me to stay on the internet and retain a semblance of sanity!
All Comments