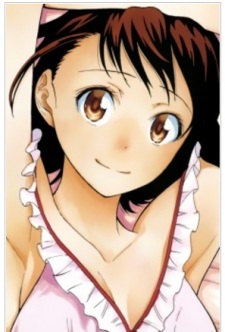 S-quare22 Oct 6, 2020 8:28 AM
Yeah sure.
I don't know if you're into the old anime artstyle (old school stuff) but berserk 1998 was something else, everthing was perfectly done and we had 100 chapters adapted masterfully from the manga. I'm pretty sure you will run to the manga after finishing the anime. I loved the chemistry between the characters especially griffith and guts' relationship, it was so beautiful. The way guts' character was built on a slow-basis with describing every little detail about him was intruiging. And there are so many emotions to experience like the struggles to find your place in the world, friendship and betrayal, love and sacrifice in a gritty, dark world full of mysteries.

And my new personal favorite shinsekai yori, already my 3rd fav anime of all time. It's the most thrilling, unpredictable and philosophical show I have ever seen, I recommend watching the show at midnight to fully experience its scary vibes. it was a marvellous ride that made me experience so many feelings, it can quite saddening at times because some scenes really touched my heart. It's def a philosophical anime that asks many questions like is reality always the same as we see it? Are what humans do ALWAYS morally right? Humans' love to enslave others still exists even nowadays, it's just beautiful and thought-provoking at the same time..if you enjoy thinking too much while watching an anime then this show is for you, you will need to watch 12 episode to understand what's going on. Have a good watch


````````````````
Ctrl+F to find your cards easier.
Remember to save and rehost in case the files get deleted.
If you have any problems, send me a private message.
Thanks for requesting.

Delivery for Castle On The Hill ♔:

Use Ctrl+F to find your cards
Please save and rehost within 14 days
If there are any problems, please PM me
Thank you very much for requesting


Cards made by: _Nagisa || Delivered by: oikawamegumi
Named by: Dechromarlo

TitanAnteus Oct 3, 2017 4:28 PM
Well oregairu's pretty good. Comedy's good, heroines are all interesting and the way the plot develops makes you curious about what happens next.