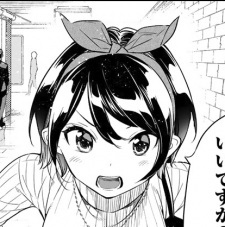 Buuubbblesss Feb 17, 2016 8:08 PM
You gave the anime for Akame ga Kill a 9/10. That's why I brought the manga up. You seem to think they're both amazing for some reason. Akame ga Kill the anime is one of the worst shows I have ever seen. It's awful. You have no right to tell bubblelolz he has shit taste if you genuinely think Akame ga Kill is close to perfect. It is unquestionably and undeniably terrible. While I'm at it, you gave a lot of bad shows high ratings.

Another (9/10), Fairy Tail (9/10), Highschool of the Dead (9/10), Sword Art Online (9/10). If you do not notice things like plotholes, cliches, poorly written characters, tonal inconsistencies, bad dialogue, and pandering, that is fine. I do. That doesn't mean I look for them. I notice them because they stick out to me and most people.

Second, most of the shows I like are very popular. Here's my top 10 by popularity ranking on MAL:

So that argument doesn't really work, as all of the shows I love are pretty popular. My top 4 are all in the top 100! Code Geass, Fairy Tail, Sword Art Online, and Akame ga Kill may be popular but not everything that's popular is good! Most things that are popular gravitate towards average. People like what they've seen before. Take a further look at some of the reviews for those shows. My opinion that they aren't very good isn't unpopular at all (except for maybe Code Geass).

Third, I look for holes in everything I watch. My ratings all over the place, from 1s to 10s. Yours do not, as you give primarily 7s, 8s, 9s, and 10s. You do not look for holes in shows you watch. You give high ratings to nearly everything. Believe it or not, when someone says they think something is not that good, they do not always just want to be contrarian and hate it for no reason. They probably have a good reason. I don't hate Akame ga Kill because it's popular. I hate it because it's insulting. It insulted my intelligence when I watched it. I didn't need to look for reasons. The horrible characters, nonexistent tonal discipline, ridiculously cliche character deaths, stupid mcguffin story, and nonsensical structure did it for me.

If you like to watch crap, fine. But don't run around telling me people they have shit taste for also liking crap.

bubblelolz Feb 14, 2016 11:38 PM
Grimgar is only 12 episodes that's why 4 episodes is enough for me to see if something is going to happen and steins gate was nice to watch the whole way though it just gets extreme at the halfway point. In Grimgar they don't even have their memories if i remember correctly so why would they take so long to adapt but yet they still worry about killing things then when the guy died in episode 4, it wasn't even a fraction sad since it was so obvious that he would die which was 1 of the things that pissed me off the most.
A show about character development I don't even recall seeing the big guy if only in fights, i don't know anything about him but yet they waste a whole episode showing the scenery around them, even though you can tell what environment they are living in already. But you can like what ever and so can everyone else no point in trying to tell me since it wont make the anime any better for me since that's just how I am.

bubblelolz Feb 14, 2016 9:10 PM
whats wrong with being biased and realistic my fucking ass. Sorry to tell you humans wouldn't act like bitches when hunting, would they? don't know about you but killing animals for food or for some is just for fun doesn't make a big deal to humans animals=goblins so if your going to tell me the way they act is realistic going to have to come up with a good reason since they act so unrealistic or maybe people are just like that who knows but I don't know anyone who is so the chance of them all complaining about everything should be low and that's what pisses me off. Not the fact for a drama anime it is weak in the emotions department and feels like its trying to hard. but you know that's just me so I don't know why you care to say biased when everyone has their own opinion on shit. So how about you care about what you like to watch and let me watch what I think is good without interruptions from people who just want to hate on others for their own opinion.
All Comments