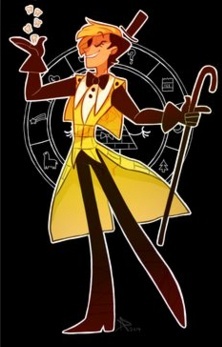 Cosminator Mar 16, 2016 9:03 AM
You can make your own avatar if you want on that site i mentioned it's fun to do it, but i did just a little changes in a photo editor like softening the image to make it look like a character in a anime environment.

Cosminator Mar 15, 2016 11:13 AM
Nah you're not bothering me but unfortunately this character doesn't have a name it's an avatar i created in mega anime avatar creator.

Poltergeist18 Jan 30, 2016 8:46 AM
Thanks for the friend request. It's always nice to see someone who's a fan of Gintama and Slam Dunk among other things.

CG-Silver Jan 24, 2016 9:57 AM
It has less budget because Gintama got shifted to the family studio which obviously out of the 11 studios they have is the least profit making mainly for two reasons. Reason one is that it's a new studio and reason two is that it doesn't have any Gundam series or any popular 'idol series' because they make upto 20% profit of the whole anime industry, not only for Sunrise.

CG-Silver Jan 23, 2016 2:23 AM
There is still small part of me that says that it would've been even better if sunrise was doing it, not their extension studio that does family shows. Don't get me wrong the comedy is the same as it is but I just feel the previous studio and director has that small edge when it comes to serious arcs. Personally I think this studio did flashbacks way better that I could've ever wanted it to be, majestic stuff, yeah this studio is way better when it comes to non-fighting moments and emotional stuff. The previous studio is better in epic scenes, moments, you know like they did with the Jirocho, housen and oboro fight, intense stuff. Also the previous studio was miles better in doing the OP/Ed sequences for serious arcs ad the arc and colours were also great. So I hope that sometime in the future we may get a remake of this arc with flashbacks similar to this one and fight scenes similar to previous one. That would without a doubt make this the best arc ever made, atleast for me. Btw this is still the best arc I've ever seen even without everything I mentioned.

CG-Silver Jan 23, 2016 2:08 AM
You know, I can almost imagine the twist. I don't believe the arcs name is just for show, especially since everyone tells that there is no point of return for comedy after this arc. But any ways even if I'm correct, just proceed as if nothing happened just as to let that small doubt be there.

Repose Jan 6, 2016 9:42 AM
THAT SOUGO ANIMATED GIF ;___;
When I watched that episode for the first time, I was amazed at how many feels this anime could give me. I was definitely hooked after that ep. And it still gives me so many feels.

HEYYruler Jan 2, 2016 2:33 PM
hey bud, could you comment on Ziggy_Z's profile for him to add me as a friend? I cant talk to him unless he adds me and he has some information I need as soon as possible.
All Comments