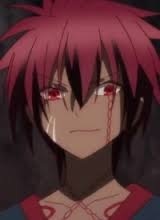 First off, this is an adaptation of the all-ages visual novel, aka the remake. They removed all sexual content from it, so there definitely won't be any of that.

Second, even in the visual novel, they never raped his daughter. They may have raped Sayless in the VN, although I'm not certain because they also made it seem like Takuya showed up just in time to stop them. However, again, this is the all-ages remake, so there won't be any rape at all.

CodeBlazeFate Jan 6, 2019 8:06 AM
Thanks for reading and I’m glad you enjoy. I wish I found the show as enjoyable as you did, I’m impressed that I’m left saying “I think it could have been better and more entertaining” instead of “they could not have done a worse job if they tried” like I did with Smartphone and Valkyria. The first episode was a big surprise for me, honestly, and so were some of the other episodes I kind of liked. Here’s holing this new slime anime is even better for isekai.