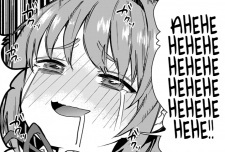 Adnash Jan 31, 10:58 PM
Hello, what's up? Sorry for not responding earlier. I was busy and couldn't find time to respond to it.

How's Gokukoku no Brynhildr? Have you returned to reading it?

honyax Jan 30, 5:05 AM
man i accidentally deleted your comment, my bad):
thanku for accepting the fr, nice to meet you 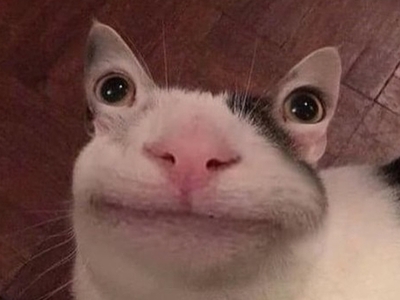 Indeed, I finished reading Gokukoku no Brynhildr several years ago. It was really fun manga. I liked it better than "Elfen Lied" drawn by the same mangaka.

About your question... I say you should return to reading it. You said you really enjoyed it, but became less excited about its story after ch. 100. I remember that I was also worried about the possibility of Gokukoku no Brynhildr's story starting to slowly decline in the chapters following ch. 100. Luckily, what happened after that chapter wasn't that bad. Surely the atmosphere was a little bit different if compared to several dozens of earlier chapters, but there was a reson for it to be like that. Everything that happened in ch. 100 and some previous chapters as well had to have some impact on the main story after all. At the end of a day I can say that I liked the change and I think that the quality, even if the tone of the story had slightly changed, was similar to the quality known from ch. 1-100. Alongside newly introduced elements and characters, more details about various characters, organizations or phenomenons were presented later on, so for me it was really something positive.

As for ending... not to spoil everything, it was weird and underwhelming for me, but I wouldn't say that reading that manga was not worth it, because it was. It was a fun ride, even if the epilogue - just like in Elfen Lied's case - was quite mid. :)

nightcrawlercyp Jan 17, 1:59 AM
no. you said you are playing and whether the game follows the american/italian cosa nostra rules

Ciezul Jan 14, 10:42 PM
yeah. my tachiyomi clearly updating every day to get a new chapter 😐

Ciezul Jan 12, 11:58 PM
well, I binged castle in 1 and half days... it's upsetting there is no new chapter when a BIG fight is just about to start

NotMyProblem Jan 12, 10:17 AM
No problem at all, its not a big thing. Also I just realise this but are you actually Indonesian?

NotMyProblem Jan 8, 6:13 PM
Agreed with your statement, I really hope how I felt about One Piece or anime in general stays the same as I do now and won't end up disliking it itf. Also I saw you have Akaza as favourite chara in KNY, he's 1 of my 2 favourite chara from KNY. Second is Inosuke

TheEnhancedExe Apr 29, 2020 9:42 AM
No problem. Sorry for posting without spoiler tags. I didn't think it was enough to be considered a spoiler.

TheEnhancedExe Apr 29, 2020 9:29 AM
Already added them 5 minutes before you commented
All Comments