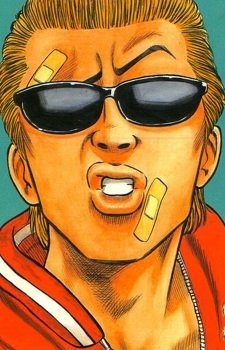 Ofekol Dec 30, 2016 2:41 PM
I think you should watch "Kono Subarashii Sekai ni Shukufuku wo!" according to some old forum post you've made. Just take a look at the first episode, you'll see which one I'm talking about. It's not on your list, and it should be.

zal Nov 22, 2016 5:55 AM
I watched them both as well, the old series on TV and the new one online. I even read the ant arc in the manga. If I remember correctly them going back to the island happens in both shows because it is an important key plot point as the aunt gives him the disc with Greed Island after having the hunter license. Maybe some minor details changed but they are pretty much the same.

I watched Golden boy and it was very good. It is the first ecchi anime I genuinely enjoyed throughout the whole show. The comedy and serious moments were on point.

Another recommendation I would make is Tatami Galaxy, as an University student it might be quite relatable.

zal Nov 21, 2016 3:00 AM
Kyou kara Ore wa!! is quite similar to Shonan junai gumi before it went serious mode.
Slam Dunk has that feeling of older anime with rebellious character but he dedicates to basketball, similar sense of humour but not as epic.

I already had the remote idea of watching Golden boy sooner or later since a lot of people say good things about it.

Shouwa Genroku Rakugo Shinjuu is an interesting anime about Rakugo a traditional Japanese form of comedic storytelling. There's drama, some historical stuff since a lot of the story is set after the second world war. It also displays how conservationist the japanese culture is (especially the older people) and their resistance to evolve, innovate and adapt Rakugo to modern times.

Didn't you rate One Punch Man a 1?

I am currently watching Mononoke and it is astonishing in its presentation and full of Japanese culture. Here's a trailer

zal Nov 21, 2016 2:21 AM
Hi, if you really are a big fan of GTO you should check Shonan Junai Gumi manga which is the prequel to GTO and GTO's manga. The anime ends midway with a dumb original ending, dumb if compared to how the manga progresses and ends.

any recommended anime or manga?

Jambles Aug 2, 2016 7:21 PM
Ahh you enjoy working out? I don't care too much about that stuff lol...I do want to start lifting in the future. I'm a fat fuck anyway lol

Where did you say you were before you were in America I find that really interesting.

MizukiKen Jul 13, 2016 3:28 AM
Yea same here my sleeping schedule is off and wow you woke up pretty early.
All Comments