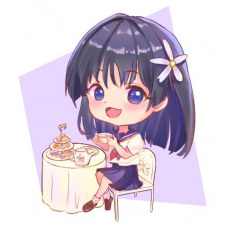 Ryuu to Sobakasu no Hime
Yesterday, 8:07 AM
Plan to Watch · Scored -

RebelPanda Oct 24, 4:19 PM
Making a statement that I am *not* going to review the second season :)

nightshadekait Oct 23, 4:32 PM
I'm enjoying Sakamoto quite a bit. It doesn't make me constantly gag with laughter or feel emotionally invested or anything. I just see it as a fun pastime. I think Sakamoto is just a really cool character, and watching him do things is entertaining.

I keep hearing mixed opinions on Uramichi-Oniisan. I think I put it on-hold after three episodes last season. Does it change things up a bit? I don't know if it's worth continuing if I didn't really find it funny during the first couple parts. Hope college is going well for you!

Uji_Gintoki_Bowl Oct 22, 8:05 PM
I’ve been really fucking busy as of late. So busy that my answer to your question is “not this year”. Maybe once I get into college lol

Parthostic Oct 21, 1:05 AM
It's not really something I pay attention to that closely, but the last time I cried was during Kaiba's third episode.

fausifahrial Oct 18, 1:58 AM
it's good, there is some kind of combination. here, only hot and dry rainy weather :D

Parthostic Oct 18, 1:49 AM
Yeah that was a funny way of phrasing that indeed ಠ◡ಠ I respect it tho.

Nope, I don't know much about it and the art direction doesn't really appeal to me.

fausifahrial Oct 18, 1:34 AM
I hope you are doing well there, I am fine here just a little hot' weather

Parthostic Oct 18, 1:19 AM
It's not implausible but it just feels like it's more so done for the sake of pandering to this type of person as opposed to having an authentic reason behind it. It's odd to me that she's instantly liked by everybody but doesn't end up going to gym class with them (you'd assume somebody else would've approached her or smthn) and just stays behind with the self-insert mc. The idea behind the scene is that it's an opportunity for her to communicate with someone, but the actual way it was written seemed more intent on getting the princess and the awkward dude in a room together, where she confides in him and they can play her up as somebody to be taken care of (waifu-bait basically).

I don't think the show is bad by any means, it was just a red flag to me lmao

literaturenerd Oct 13, 12:27 PM
The CCP have managed to ban a LOT of things. Some of these bans they enforce more strictly and efficiently than others.