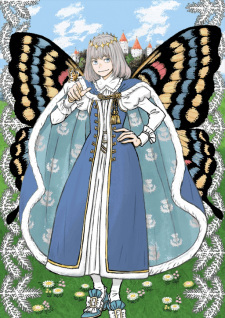 Dannaye9 Feb 21, 6:11 AM
Hello sir, I came here from your review on Made In Abyss, I see that you gave it a review and have it on your favourite. I'd love to hear your thoughts on Riko as a character, please enlighten me sir.

hello my child -one year later-

Melody Jul 18, 2019 5:39 AM
I can't know exactly how hard these classes are, but they sound kinda tough haha. I hope everything will turn out fine for you!

I don't remember watching anything noteworthy lately when it comes to seasonal anime, but I enjoyed Shingeki no Kyojin Season 3 Part 2 a bit. I also finished the first season of Durarara a couple of days ago, and apart from a few small flaws, I liked it quite a lot. Have you watched anything good lately?

No, just in Greece, and not too far from where I live.

Melody Jul 13, 2019 10:41 AM
I'm still in college, but we sign up for classes in October. And it seems like they're going to add a couple of new ones, so I have no clue what kind of classes I'll be attending. What about you? Do you have another year left?
My plans include watching anime, reading manga, and a few short trips with my boyfriend, friends and family.

It sounds even worse then. :( I hope you'll be able to find a new job soon and go to this trip with your friends to have lots of fun!

Melody Jul 11, 2019 8:59 AM
I'm fine, too, just enjoying my summer vacation. :)
Workout can always be a bit tough in the beginning, but if you're diligent enough, it'll turn out fine after a while.
That sounds pretty unfortunate, but I'm sure you'll be able to find something for the summer!

Melody May 2, 2019 6:30 AM
No worries, haha.
I guess it makes sense that you needed time to remember it then, it's been a long time since you've watched it. Rewatching it is a nice idea, it's the kind of show that will still offer some gain even if you watch it 2 or 3 times and you might even notice new things about it.

Of course, this is possible, actually intelligent people always think how to make themselves better and their role in a community. The fool thinks himself to be wise, while a wise man knows himself to be a fool. A smart person knows that is ignorant of many things that surround them, thus they search for everything that'd help them understand more, about the world and even within themselves. And sometimes, they might lose control and fall in despair while doing that, like in Shun's case. So, yes, Shun's level of intelligence was his downfall as a character. Ignorance really is bliss at times like these.

They could have probably spent a little less time on that but, as you said, the payoff is worth the trouble (which wasn't too annoying or anything anyway).
Yes, everything was nicely presented in the history of people.

Melody May 1, 2019 1:54 PM
Don't worry, although I didn't think something like that would require more thinking than usual haha.

Hmm that isn't entirely correct. Shun wasn't cast out because he had learnt something he shouldn't. He actually turned into a Karma Demon because he could no longer control his abilities, causing everything in his surroundings to slowly die. And that's why he chose by himself to run away from everyone in order to not hurt them directly or indirectly and not be killed by the Tainted Cats. If we try to see that in a more metaphorical way, it could show different things to each person. Shun was a smart boy and was probably constantly thinking about many things (for example the secrets they learned) and others had also placed too many expectations on him, due to his great abilities, which might have made any normal person stressed. Even if he was surrounded by many people, he felt lonely on the inside, which made him emit a negative aura due to the sad and negative state of his subconscious. Or we could see that in the way that you pretty much described. Shun might have been a good person that wouldn't use the information he got to cause something bad, but the ones who keep these secrets from the rest of the world might still believe that they're not safe with someone learning them. Thus, they have to get him out of the way. But this is mostly a stretched example of what could have happened to the whole group right after they got back from their trip, if they weren't a special experimental group.
As for the relationship between the three of them, I can understand the bi-curious nature of experimental teens thing and it didn't bother me or something (it was also explained during the info dump). The thing I don't really get is why they ended up like this, even though Shun and Saki loved each other since the beginning. But I guess things can end up complicated like that in real life, too, when noone confesses their feelings for the other clearly and other things get in the way.
I can't say much about the info-dump episode, it pretty much fulfilled its purpose haha. I liked how the whole history was described and that we could later see these things taking place in the anime.

I never said that they were better or met their expectations better than Shinsekai Yori, I only said that answered with shows that I believed were similar due to their themes, wasn't that the question?

Yes, the anime wanted to show that there aren't really "good" and "bad" sides, everyone fought for what they believed was just and beneficial for their people. Anyone could be labelled as "bad" because of their methods, but everyone had reasons that seemed right for them behind their actions and didn't just act because of unreasonable hate. As you remember (it's revealed by Satoru in the last minutes of the final episode), humans did something cruel as well many years before Squealer's revolution.

I mean thought-provoking anime that present humanity and each individual's inner psyche in a realistic way and manage to make you question several things about them. Examples off the top of my head are Devilman Crybaby and Death Parade.

Shinsekai Yori was definitely an anime that surpassed my expectations and I believe it's one of the best anime in what it does and offers to the viewers. Even if it looks like it didn't have a big budget sometimes and looked a bit simple, it managed to create a great atmosphere that enhanced its darker vibe. The way it used its mystery was quite gripping, too. It certainly touched some intriguing themes about humanity and each person separately, which made it a great thought-provoking anime. It was a bit slow sometimes, but its points were presented well. Some characters could have been a bit better, but there were some great ones there, too. Even if he's supposed to be a "bad" guy, Squealer was my favorite, since he had quite a bit of depth and valid reasons behind his actions. He was a very smart character with interesting ideals and the one who made the anime as good as it is for me.