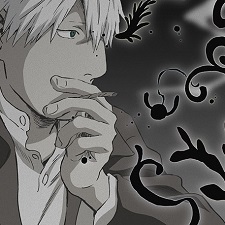 babyaki Feb 28, 7:33 AM
nope im not haha, just always have to start a convo with a greeting

looking for peeps to chat with

Hibbington Jan 12, 9:06 AM
Thanks for informing me that invite did not send, but if it did there would be a (1) to clubs in the profile hub.
Here is a link to the club page - https://myanimelist.net/clubs.php?cid=63899
"It has to be something extremely abhorrent, dull or irritating for me to give it a 1/10" Sounds like what people were calling Glasslip back in the day XD. Though personally I didn't find it as bad as other shows. For me when I start describing aspects of the show as egregious. Is when shows get in the 1 territory for me.

Hibbington Jan 12, 8:29 AM
Greetings Ishitateso, I recently gave you an invite to a seasonal club called the Anime Guild.
But I do also like to interact with the people I'm looking to bring into the club.
The club consists of a lot of different seasonal activities from Power Rankings to OP/ED Comps to Seasonal Cards.
We also have an active Discord Server as well as annual events throughout the year ^.^.
*If the invite doesn't go through just message me about it*
So according to your chart you have yet to have a 1 out of 10, what would a show need to do for you to pull the 1-trigger?

About Monster and GTO. You should really give GTO a chance whenever you want, it's very light and endearing, it doesn't take any "particular mood" or mindset to enjoy it. Its greatness comes from its heart and fleshed out characters. But in Monster's case you are completely justified to be under pressure, it isn't a very "friendly" series if that makes sense. Don't get me wrong, it's probably my all-time favorite, and I have watched it five times, but it takes some effort to get involved with it, and isn't exactly a fast passed show (its only defect it's a very slowly passed valley in the middle of its run) so take your time with it and know that it isn't a something that everyone has to enjoy.

Benti_ Nov 11, 2020 1:47 PM
Hi! I have seen you several times on forums (I mean, I remembered you because of the Horo signature), and when I saw your post on the blacklist rule (or something like that) naming a few good series I decided to check your profile. Once on your profile, I saw Omoide Poroporo on your favs and you gained my respect, that's a highly underrated film.

And about the Fruit Basket criticism, you make a very fair point. I, too, hate Ayame (I had completely forgotten about his existence till the moment you brought it up), and yes, the humor is very “childish” but while watching the series, to me, it seemed adequate for the demographic the show was aimed at. I tend to consider the context for the show when rating it (Is it based on something? How old is the original story? Who is it written for?) so, for a show based on a “comedy, drama, romance, shoujo” manga from the late 90s, those seemed very forgivable traits. That said, I understand where you are coming from.

And Shouwa Genroku Rakugo Shinjuu has spent some time in my ptw, I know I'll love it and that puts me under some kind of pressure (I don't know if you know what I mean).

I'm trying to get many friends as possible until the end of the year...
Would you like to be my friend??

AnimeFanTalk Aug 16, 2020 10:26 AM
hi quick question, your signature card is beautiful. Where is it from? Is it a movie? A cartoon? Anime? Maybe from a comic?

Douluo Jan 7, 2019 12:11 AM
Yeah impermanence is one of the most prominent themes in all of ISOLT. It's especially hard-hitting in Time Regained, where he is then in a position of contextualizing everything from previous books from every possible angle - I was weeping like a little bitch LOL. His powers of observation and insight into psychology are really astounding, especially considering he never really had a formal education. And the writing itself...he's one of those literary *stylists* whose pen is like Titian's paint brush - tomes of similes and metaphors, all crafted with such eloquence that it makes your jaw drop. That was my favorite part.

If you haven't read it already, another book you might enjoy with that theme is Brideshead Revisited by Evelyn Waugh. Another beautiful prose stylist in the same vein as Proust. And if you enjoy the book, watch the 1981 adaptation with Jeremy Irons, but not the movie (it's shit, comparatively). It's probably the best adaptation of a novel I've ever seen, and I've seen a lot. One of my favorite scenes: A now middle-aged, loveless, childless, disillusioned Charles Ryder gets stationed temporarily at the base of Castle Howard, the now occupied home of his best friend during the halcyon days of youth. Really captivating:


I've heard of Love Letter but haven't seen it yet. I've been slowly getting into Eastern movies and TV shows over the past year or two.

Douluo Jan 6, 2019 9:39 PM
Ahhhh brings back memories. I've heard it said that Proust could write a book about an egg, turn it over and write another book about it, leaving the reader enthralled the entire time LOL. So true. The images and people he describes are so fleshed out they'll remain in your memory for years. I'd have a hard time deciding on which book was my favorite. I wish I could have read in French...
All Comments