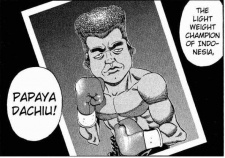 I seclude myself because, well, I don't care much for extroverted activities and such. Every once in awhile I go out with friends, but it's kinda weird; I always feel drained of energy afterward. Social life = good life? I personally don't care about that saying much, not that there's anything wrong with it. Just not a big fan of society dictating what life should for me. I'd rather find my own path to a good life. Whether that means a life in solitude or a life spending lots of time with others, it doesn't matter really. I just like to go with the flow. Probably sounds boring to you, haha. Feel free to ask any questions you have in specific, if you have any. But you know, you're probably partly right about that stuff. I'm sure extroversion has it's pros (and cons), as does introversion. There's something to be learned from both sides of the spectrum. Probably.

I pretty much agree with your views on relationships. Kind of going further with that, opposites make for excellent matches because they balance each other out. Well, sometimes anyway.

Haha, yeah I know what you mean. Irvine's an interesting one to me, he doesn't have a lust for blood like 100% of all the other Apostles.

Zodd's a simple guy. I'm a little partial to his Apostle form, and his moments with Guts and Skull Knight are always great. Hopefully, all three of them team up one day. The manga panels would radiate pure badass. XD

Hm, I sometimes wonder if Skull Knight is trying to make Guts become like him, even if he says things that contradict that. Oh well, he's awesome either way. I'd really like to see a prequel (never gonna happen cuz Miura = Snail on depressants) involving him and his history with that one, old witch lady.

I prefer to be alone. I have plenty of acquaintances and a few close friends but I'm the kind of guy that prefers to be in the background, usually doing my own thing or observing everything around me. Never been much of a talker either, which is something people bug me a lot for. I enjoy the quiet life I have though. It's nice.

epicscreator Jan 16, 2013 1:27 PM
Okay, that makes a lot of sense. I do find Griffith in particular to be intriguing. He seems to be a narcissist who sees things in a 'different' light from other people, and I love how he's basically a messiah in the newer chapters. And he truly cared for the original Band of Hawk members too, otherwise, he wouldn't be able to use them all as sacrifices. In a twisted way, I kind of respect that he sacrificed them in order to gain his happiness. It'll be interesting when him and Guts clash once again.

Priscilla is pretty attractive, both in her looks and personality, and without her, Claymore wouldn't be Claymore, so I can see where you're coming from. Do you prefer the dormant, 'innocent' Priscilla, or the one who leaves behind entrails wherever you she goes? Or maybe the Claymore Priscilla?

As for my favorite character in Berserk, it's a hard choice between Guts, Zodd, Skull Knight and Irvine.

I'll say Irvine, even if he's a minor character, because he's mysterious, but unlike Skull Knight, I find myself able to relate to him in ways, and he doesn't seem all that bad. He reminds me of myself.

As for favorite Claymore character, definitely Yuma. She, too, is like me. I like how she has low-self esteem and feels like she's baggage compared to her companions and yet, in her own right, she's not too bad. She's even done some things I found cool, like saving Cynthia, and being able to use her Claymore as a precise projectile.

Guess I have an appreciation for minor side characters.

epicscreator Jan 15, 2013 6:04 PM
Ah, a fellow Berserk/Gantz/Claymore reader. I wonder, though, why do you like Priscilla so much? And Griffith as well? Just curious.