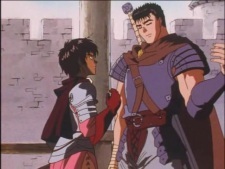 I really liked the show too, it is quite interesting comparing to its competitors. (9/10 is a bit toooo high tho....)
Eh... the story is still a bit weak. The argument is not strong enough cuz "crazy" isn't enough for a 8/10. And it really isn't 8/10 lol

But I agree with your opinion, which is nice. Good to see you trying to write about new stuff.

P. S. since you watched bakemonogatari, I just happen to write a review about it. It isn't a great one, but I did put some effort into it, you can check it out if you want :)

First off, I do acknowledge the problems you pointed out, (jet ed ein for example), but I don't think those are problems that matters on a overall scheme.

Sure ed and ein didn't get any info, but keep in mind they aren't even counted as main characters. I think it's already good enough that we know ed has a father (lol). As for Jet, well, no one listens to him doesn't mean he is a bad character. He got MORE THAN ONE episode for his backstory bro... like, 4 at least. They are just not told in a straightforward manner like faye's or Spikes.

As for the art, it was made in 1998. like, 17 years ago. people were still drawing on paper frame by frame, and that should be appreciated considering how well designed and beautiful they are.

The main point of the show is to tell you stories of these characters little by little episodically, and at the end, BANG.
I gotta say I didn't enjoy it all that much, but after watching it through, I did find it amusing that they are able to make all the episodes interesting enough and at the same time get us attached to the characters.

you are probably gonna get lots downvote on it, but don't be discouraged, people seem to like downvote way too much on MAL :P