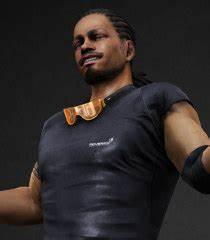 fizzytastic May 3, 4:03 PM
okay lmfao. i'll let you know about leverage. fair warning, i'm bad at doing things. might take a while XD you know what i'm very much inclined to agree with you but i also wanna know what you mean specifically lol. there's like... a different kind of paint-by-numbers anime for every genre, but anime sure does tend to rinse and repeat. i mean, anime can ALSO be wildly unique which is why i'm still here, but.. i feel like a large percent of anime is just copy and pasted. same characters, same jokes, and so on.
about dubs, for example, i really like the deat note english dub. i watched it on netflix, but when i tried to turn on captions it was just... very obviously the captions for the japanese version. XD it was similar but didn't actually match what the characters were saying.. i do like it though so i watched it anyways lol. i just definitely did not hear 100% of everything that was said.
seems like it!!!!! lol. also, glad you think so! XD cause i have the most hours in stardew valley than anything else. on my switch anyways. i have like 200+ hours of animal crossing new leaf on my ds. and then pokemon X i think. which is funny cause i didn't even like that game

fizzytastic Apr 22, 6:06 PM
now out of those, the only one I've heard of before is how I met your mother. XD the only live-action shows I've watched within the past year or so is brooklynn 99 and drunk history lmfao. and even then I don't watch them very often. i also like buzzfeed unsolved if youtube shows count..? i'd also watch more Jackie Chan flicks if somebody turned them on in front of me. he is a very cool guy but I watch live-action movies even less than tv shows.
my sis started watching Inuyasha without me actually. she seems to like it, her favorite is Sesshomaru. she also said that it gets a bit repetitive though, now I can't agree or disagree since I haven't seen it, but I think I see where she's coming from lol. i feel like anything that has that many episodes is gonna dip in quality occasionally. i do not like English dubs XD I'm not elitist about it or anything though. i have to have subtitles anyways and I like the way japanese sounds. for some reason no one subtitles english dubs...? kinda bums me out sometimes not gonna lie. (´•̥̥̥ω•̥̥̥` ) we sure can chat tho lol. wish it was this easy to write essays.......
i dunno!!! i guess when I ask somebody what they're into I'm mostly trying to gauge if they like what I like, and I got the vibe you wouldn't be a fire emblem guy? I almost exclusively play strategy games. XD mainly, turn-based jrpgs lol. the only other stuff I like is... sometimes puzzle games like professor layton, ace attorney, danganronpa, visual novel-esque games like life is strange. i like simulation games like stardew valley too but a lot of people argue those aren't real video games. i don't play fighting games or shooters XD I watch my best friend play splatoon sometimes and that's about it for shooters lol

fizzytastic Feb 14, 6:56 PM
can't say i've heard of literally any of those shows! ngl i rarely watch live-action tv, and when I do it's not often foreign. for some reason. anything you'd recommend? also, how's Inuyasha? i was thinking about starting it soonish too. although I'm more focused on seasonal stuff right now, lol. I'm playing a few video games! mostly fire emblem. I'm guessing that's not what you were looking for, but I am really into fire emblem. XD I'm playing three houses on the switch and conquest on my ds. i WAS playing persona 5... BUT I moved and my cousin kept the ps4 so! now I don't have a console to play it on lol. didn't even get very far

fizzytastic Jan 28, 2:35 PM
still shakin' lol. it really has been a while since we last talked... probably over a year? XD what's up dude? watch anything interesting lately?

NextUniverse Aug 13, 2020 4:57 PM
oh, short answer: nothing
long answer: i like replying with absurd replies that don't mean anything in the long run at all lol. i guess it was just another way of saying 'bad' in that context, not that forum games truely reflect what i think anyway.

NextUniverse Aug 13, 2020 4:50 PM
zoinks, as in shaggy's catchphrase from scooby-doo, idk if you have watched it, but it comes from him.
here is a compilation of him saying it.