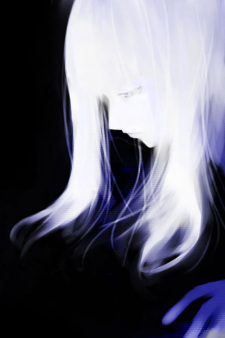 Ig0y Apr 19, 12:19 PM
Hello, conrade
How have you read Yokoyama's work? And lol pls don't say to me that you bought it all of than

thereisnosanity Dec 1, 2019 6:01 PM
hey i didnt come here to talk about anime i just wanted to know if youre selling that car outside

Albert-caraco Aug 21, 2019 1:34 PM
So i need your help I recently got into IDM listened to Boards of Canada and Aphex Twin really liked their music
what other IDM artists do you recommend?

Albert-caraco Feb 6, 2019 4:02 AM
i can understand tho i did not mind the length of the film every single scene was necessary it was 20miniutes longer than the first film anyway im glad you like it so much personly i thought it was oshis best work so far

Edited that's Patlabor 2 but GITS 2 is still as good

Albert-caraco Feb 5, 2019 6:24 PM
hey i have watched Ghost in the Shell 2: Innocence, and it was great and in my opinion superior to the original film I liked the themes of the film more than the original one they were more odd and interesting in regard to the idea of dolls being a mirror of humanity and how a doll would react to having a soul and the desire of the human beings for artificial life etc it was more philosophical than the first film which appealed to me I also liked the development and the depth of the characters especially Batou the characters were more fleshed out in this film so what did you think of it your self ? most of the people i know did not like it i can understand since its very confusing

Albert-caraco Dec 16, 2018 3:46 AM
I want to send a short thanks message to Abe, Yoshitoshi but he does not know English so i ll need a translator think he will be more than happy if he knew his work Haibane Renmei has almost saved someone's life