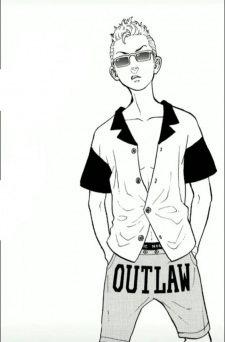 EightSeven Nov 19, 3:51 PM
Must be pretty depressing being a Broncos fan rn huh? A lot of people, including me, thought y’all were gonna that dark horse team this year, but that was before all the injuries and stuff. Not as depressing as us, the Texans, though.

_henri Nov 19, 1:36 PM
Yeah Lock might be gone since the Broncos basically made this season his tryout, though since there were a lot of injuries he might get a second chance. If the Broncos want to move on from Lock after this season, you guys could probably grab Zach Wilson in the draft who seems to be really good from what I read from the football analytics nerds. A fun one could be Ryan Fitzpatrick though lmao.

The Bucs are indeed inconsistent. We are still trying to mesh well on offense though our defense is good. We got rolled by the Saints because the Saints offense is a bad matchup for our defense, which is stupid because we need to build our team with the divisional opponents in mind smh. The NFC is such a mess, which makes it so fun. Football is at its best when it's chaotic, like tonight's Hawks-Cards game is gonna be nuts.

The Chiefs are fucking insane. They have so many weapons on top of Mahomes being literal football Jesus. Also they might even sign DeAndre Baker, that first round CB that had those armed robbery charges against him dropped since the lawyer was found out to be extorting him. The Chiefs are looking like a dynasty unfortunately for us.

Seiya Nov 19, 7:16 AM
Your username makes me wonder if you'd like a club that I created a while back:

_henri Nov 18, 9:44 PM
dang that's rough. to be fair your promising season was wrecked by injuries. Though I was wrong in thinking Lock would be good, he looks pretty bad rn.

Yeah I'm a big NFL guy lmao. I don't really have a hometown team since I'm in Orlando so my teams are the Bucs and Jags by proximity. Also maybe the Finns too since I might as well support the whole state of Florida at this point. tbh, I'm more of a fantasy football nut so I like a lot of different players on a lot of teams. Personal favorite would be Aaron Rodgers since I had him in fantasy for consecutive years

_henri Nov 18, 9:35 PM
damn I couldn't have said it any better man. Though "masculine" may even be an obsolete word that we probably don't even need to discuss it's definition ngl. Words like "individuality" are probably more useful these days.

Also I saw on your page that you're talking about the Broncos with Crawlie. You a Broncos fan?

_henri Nov 18, 9:21 PM
oh yeah I saw lol, one certain individual got into a shitshow with around 4 others simultaneously. At least it was fun to watch some people inadvertently reveal their insecurities about men dressing up. Real masculinity is being confident in individual expression and not getting offended by how Harry Styles dressed.

You think Fangio deserves another season at the helm?

_henri Nov 8, 9:42 PM
LMAO, populism and demagogues just hit different man. Have you listened to the Trump Anthem by filthyfrank then? Its lyrics are basically what you're describing about trump sexuals.

I'm with you on Ping Pong, it's #541 in popularity but #57 in score. Just shows that most people who actually watch it like it. Yeah Bakemonogatari is really out there, but that's what I love about it. Deciphering the themes is engaging and there is a lot of rewatch value since there are so many details. Also it gets much better, even though Bakemonogatari is pretty damn good on its own. The art is great as well.

_henri Nov 8, 9:22 PM
I don't think there is really a good place to talk about politics at this point tbh, people are really religious about it these days. "Trump sexuals" lol, nice name for them. Yep, Trump is the symptom of a larger issue, hopefully Biden and other leaders can start working on fixing that issue before it manifests itself as something worse than Trump.

Definitely, I like Gojou and Nobara the most so far, very fun characters. The other two main characters are alright as well, their chemistry is what makes them good. Generic is great, you know what to expect and it feels good, but I greatly prefer the more weird stuff like the Monogatari Series and Ping Pong to name a few. Majo no Tabitabi is about a witch named Elaina who just goes on adventures. The show is episodic but each one is very good, the themes are also really well written. It is very good, definitely a sleeper hit but now a lot of people on MAL are high on it lol

LMAO that video is hilarious. I never understood why people get really worked up about politics so those kind of reactions are always so funny to me.

_henri Nov 8, 8:57 PM
oh yeah I absolutely agree with your take. The US is literally the oldest democracy, we gotta modernize shit or we're stuck in this awful situation. CE is an absolute hellhole, I don't bother with them anymore since most of them are either really stupid, a troll, or both. I feel bad for Alex literally being swamped by those bad right-wing takes, though I'm glad to hear that he is gonna stop posting about politics because it doesn't really do anything beneficial for him tbh.

I am watching most of the major seasonals. I really like Jujutsu so far, kinda generic but it's basically the most refined battle shounen I've seen. Though my favorite this season is Majo no Tabitabi.

_henri Nov 8, 8:43 PM
eh the opinions of those bumpkins don't matter when it comes to determining the legitimacy of the election lmao. Trump's claims aren't making any headway in the courts either. Yes, it does feel good to have a president that knows how to run a country, I don't think Biden was the best option but he's much better than Trump so I guess we gotta take what we can get.

Dang that is discouraging to hear that it gets worse, I gave it a 6 with the impression it gets better oof. Well my average is 5.97 so 6 is barely above average lmao.

Yeah Parasyte is barely adequate for me, the premise is cool but the characters and plot are lacking. The ED is a bit too slow for my liking, and apparently the majority of the OP's lyrics is in English but it's barely recognizable because the band definitely doesn't know English tbfh.

Yarub Sep 1, 11:48 PM
The soundtrack and the animations slap. I would only watch it weekly, which is why it is tolerable to me. If I watched it in one go that'd be different.

_henri Sep 1, 3:21 PM
dang yeah, Dorohedoro gets better the deeper you get into it tbh. The animation is an acquired taste but its story is really good + most of the characters have great personalities.

_henri Sep 1, 2:27 PM
For me it was either a home run or a fail. I loved Kaguya-sama S2 (I guess sequels don't really count do they?). Dorohedoro and Kakushigoto were pretty good too. But yeah, besides that, nothing too great this year.
All Comments