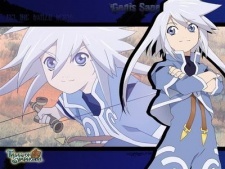 I wish you luck in your further endeavors, then. (:

Not the OP of that anime about anime creation thread obviously, but just wanted to thank you for enlightening me about Animation Runner Kuromi. Seems like it could be interesting.

Sounds like you have a history with them, I can't blame you though. In about 3-4 threads I've seen them arguing that anime is better than cartoons when someone simply said they prefer one show over another. I don't mind them having the opinion that one medium is better than another but they throw out all their opinions like they were facts.

I'm not sure why they are so passionate about it either. I got the impression that they don't even watch american animation and simply write it off as being childish just because it is censored. Either way, it's their loss. They are going to miss out on a lot of great shows just because they think they are "childish".

Same here. Hell if it wasn't for Toonami or Nicktoons I probably wouldn't have ever gotten into anime either. I get where you are coming from. I think it's best to ignore him at this point. His points have gotten repetative and (to me) they hold no merit as I seriously doubt he even watches cartoons.

Pretty interesting way to look at season 1. I wish they had ended it like 2 minutes earlier before the avatar came back and made everything Amon did worthless. The creators could of set themselves up nicely had they just decided to make Korra search for a way to regain her bending in another season. Oh well, all in all it was a fun ride but I still prefer the original.

weeeeeee Jun 25, 2012 5:53 PM
Hey, I wanted to drop by and thank you for having the balls to ask the question that everyone else had on their mind in the "American Cartoon" thread.

I'm also curious to hear your opinion about season 1 of Legend of Korra.

Well a couple of new things in the club
~ new contest: +300 members picture contest
There will be 3 winners (will get prices) so show your artistic selves
~ there are still to more post for the 250^ SE card (hurry if you want those)
~ New game “One Piece Grand Cruise”
come take part as your fav character from one piece
~new game “one piece Would you rather game”
~badge
~ game: “one piece hangman”
~ If you would like to continue receiving news letters from this club
Sign Here otherwise we wont bother you
We would also like your opinion on this club Here

Magdalen Jul 23, 2010 9:05 AM
I saw your post on the thread of Kaichou wa Maid-sama (the most overrated series of the season thread :D ) and just thought I'd say, completely agree with you. Ookiku is the best anime out there. :D

Queen_Stars Jul 21, 2010 9:50 AM
Hey, responded to you in the Naruto manga section, yet unless you haven't been there, I reccomended that you join Mangafox if you want good, clean manga discussions.;)
I'm on Mangafox with the same user ID.

Riksem Jul 20, 2010 1:50 AM
i just joined and have dealt with other silly stupid and misguided people as you have and i really respect your points and arguments like with this fai person for example so i guess ill c u out there c u i sent you a friend request so maybe we can talk on the forums my specialties are the current big 3 naruto bleach and one piece

Fantomdruid Jun 22, 2010 8:11 PM
How's it going. I forgot i have you to thank for getting me started on the butt tournament. If you hadn't challenged me to make a list, i would've just waited around for CCZilla to start one up. So thanks!