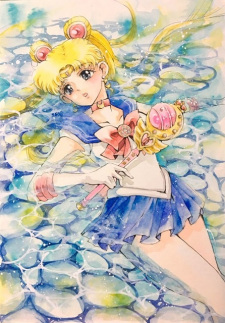 literaturenerd Oct 23, 10:53 AM
I deleted that post and just moved on. I wasn't gaining anything from that club. Although I did meet a cool person through the club discord who lives in Japan and speaks fluent Japanese. https://myanimelist.net/profile/Dr_Tokami

literaturenerd Oct 23, 10:42 AM
I decided to finally leave that club because I wasn't getting any enjoyment out of it and besides a few cool people I met through the club Discord, it was just REALLY annoying me.

literaturenerd Oct 23, 10:38 AM
Couldn't sleep last night. Got on MAL and saw a nomination from the Critics and Connoisseurs club which Code Blaze Fate managed to get me membership into, although I don't fit in and rarely participate. It's among the most elitist clubs on MAL. Someone mentioned this month's entry challenge was whether or not to renew Gurren Lagann as part of the pantheon of elite anime. I started to write a shitpost, then got genuinely way too angry and went into a full Lamp post.

I will gladly back the Gurren Lagann challenge. While it's a fun show that revels in being gloriously idiotic and taking "rule of cool" to absurdist levels, it doesn't belong in this club's relations. Gurren Lagann doesn't have any more artistic value than Interspecies Reviewers.

Imagine for a second the music equivalent of this club. You have a pantheon of VERY sophisticated, elite composers. You have Beethoven, Mozart, Wagner, Bach, Brahms, Mahler, Puccini, Verdi, Korsakov. You can't go to a concert that plays this music with a T-shirt. You're expected to dress nice. You're expected to have above average wealth and an above average IQ. You're expected to be fairly cultured and sophisticated. Gurren Lagann being in this club is like adding KISS to the elite music pantheon. It's an absolute joke. An outsider choice to diversify the line up would be someone like Shostakovich, Kalinnikov or Meyerbeer. It's NOT going to be someone like KISS! If we include trash like that, it's kind of insulting to everyone with average music taste. My favorite band is too lowbrow to be added, but I have to see KISS as part of the pantheon? Fuck that noise!

I'm not just being a tyrannical dick and saying we should remove series that I personally think are overrated. Otherwise I'd demand we remove Shinsekai, Kaiba, Shirobako, NHK, and Champloo. I can accept those being there because they're intelligent, elite series that I simply don't like personally. Hell, I HATE Seikai no Monshou. I think it's pro-colonialist, far right garbage with bad world building where the author has some weird fetish for getting enslaved by elf Nazis. I will still accept Sekai as part of the pantheon of elite anime because it had ambition. It wants to be like a far right of Galactic Heroes. It dares to be highly subversive and say stuff like "Some races are objectively superior and have the right to enslave the inferior ones. Any moral outrage over this is simply the resentment of slave morality". The Sekai fandom though isn't that much worse than the Wagner fandom which I belong to. If I founded a monocle wearing, elitist music club I'd probably tolerate the few Neo-Nazis so long as we agree on what is and isn't superior music. Gurren is not Sekai. I won't accept Gurren is better than 9 of my 10 favorites, just as I would have a hard time tolerating a music club that portrays itself as SUPER intelligent and cultured, but thinks Korn is worthy European music and the Beach Boys are trash.

Anyways, thanks for listening to my sperg out. Good night everyone!

literaturenerd Oct 22, 4:35 PM
https://www.youtube.com/watch?v=-_Bj0v9pMLU&t=217s I'm not sure if I've shared this, but it's one of my favorite reviews of a GARBAGE horror anime. Perfect for October.


And oh boy that sucks. I'm only familiar with the compulsive actions side of OCD, I didn't even know that it can be a mental thing too. Compulsive thoughts.. that's like another level of messed up. Better don't forget taking those meds again, goddamn.

I have something close to physical OCD called "Excoriation disorder", which is the compulsion to ruin your own skin whenever you walk past a mirror, so I'm somewhat familiar with the feeling of compulsion but it's not exactly the same as OCD from what I understand. Basically whenever I saw my face clearly enough to see the imperfections, I would keep picking until it was a bloody mess which is unpleasant to say the least. It's also a toxic cycle, because the more you pick at your skin the more messed up it is and the more there is to pick at... you get it. But when I don't see my face I don't feel the compulsion so as long as I'm not aware I'm totally fine.
Nowadays I cope by avoiding mirrors, and the mirrors we do have can't have good lighting because if I see too much of my skin the compulsion kicks back in. I always notice it at my parents place, because they have a very good mirror, the one that messed me up back in the day. I avoid it like the plague lmao. And hey, my skin is better than ever so that's a win for me!

But while that is a very cool story it's very different from what you have, I guess. At least I can run from my compulsion, but you're kinda stuck with it it seems. Are there habits that can help at all or is it just the meds that keep you from spiraling out of control? Like everytime you get compulsive thoughts you do a certain thing that helps you or gets you to think about other stuff? Anything like that?

literaturenerd Oct 19, 5:51 PM
I’m super exited too!!! Yeah, those arcade machines are probably crazy expensive. More than all my systems and games combined.

Life is going okay. I'm really unhappy with my job because I'm underpaid and my boss is fucking with me, so I'm looking to change jobs and careers atm. Applying to a couple things right now but it's a slow process because I hate everything about it. Oh well. At least I still have a job, it could always be worse.

Didn't know you had OCD at all, what's that like for you? Like what are your top3 OCD facts or just things you'd tell people who want to understand more about how it affects the lives of people who suffer from it?

how are things going man, everything alright?

literaturenerd Oct 16, 11:42 AM
I hope you feel better and get some good sleep tonight!

Cosmictimespace Oct 14, 2:08 PM
Oh yeah, it’s something I enjoy. I don’t trick or treat anymore, but staying home and watching horror movies or listening to creepypastas is the best thing to do on that day.

Do you watch horror movies?

Cosmictimespace Oct 13, 5:42 PM
Likewise.
Are you looking forward to Halloween?
All Comments