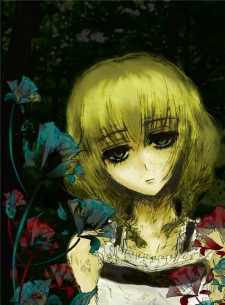 Raiyzel Apr 16, 2019 10:36 AM
My main anime are seasonal anime, only way to keep anime fresh and i find it exciting to wait for a new ep every week. I tend to have between 10-15 seasonal anime. I don't watch AoT, dropped it halfway the first season because i couldn't stand the screaming embaressing main character. Kimetsu no yaiba is really good, fruits basket is decent but reverse harem isn't my fav genre but i'll still watch it. Dororo is great def an anime worth watching.

I need to finish neverland aswell , i saved the last 3 eps to watch in 1 go because the anime is so good. Need to finish up boogiepop, for some reason they released 6 eps in 1 go and i can't keep up with that.

The most promising new anime are kimetsu no yaiba, carole and tuesday, kono oto tomare, fairy gone from what i've seen. I also really enjoy black clover and unpopular smaller anime. Well at this point its easier to click on my list :^)

Raiyzel Apr 16, 2019 1:58 AM
Hey, im good just starting of the new season so its still a bit of a mystery whats gonna be good the next couple of months. Home for a week now so gonna look into watching some other anime too, we'll see. you?

Shiranuma Mar 25, 2019 2:41 PM
I just watched the trailer of fire emblem echoe and now I think Fire emblem has never been good with trailers.

I'm looking forward to Demon slayer next season, It gives me the vibes of Katanagatari and Dororo

Shiranuma Mar 25, 2019 1:44 PM
Sorry to say that. but I can't believe how bad the presentation of Fe 3H was in the nintendo direct. The narator just killed every excitement I had for the game! " In the Fire emblem 3 houses game, you're the Hero the world needs.... Around that same time you alone start to see a mysterious girl call Tiki 2.0" It's so bad! Imagine if the first trailer of persona 5 was presented the same way! " When you alone start to see a mysterious app on your phone and a weird prison in your sleep!" We don't need to know all the plot yet. And The UI looks bland


You know what I am truly excited for?! Astral chain ! Oh boy I watched that trailer 20 times and I still have the chills went watching it! Or Cadence of hyrule, those trailers are really good and it makes you want to dig in the trailer to find stuff. The staff on Astral chain is as much impressive that the trailer

Shiranuma Dec 29, 2018 8:05 PM
I was only talking that they need to make that you can see the pokemons in the grass in the next games too, not the catch mechanic. Sorry I was not specific.

I just buy Celeste on the switch and Oh boy, I didn't think it would be that difficult. The b side are insane. But fod, the controle on the joycon are terrible! 40% were made by the joystick that made me go diagonal instead of up.

Shiranuma Dec 25, 2018 5:31 PM
>I had a lot of laughs watching that one. Asobi asobase is the only other anime that made me laugh as much as that one.

Damn i just learned about this one 2 days ago, I was looking about a show that look like Daily live of high school boys. I think it is like DLOHSB but the girl version. DLOHSB was really good, good me a good laugh every episode and I just feel like the set of characters was perfect + the all haved their personal gag

>What do you think about the changes in Random encounter in the Pokemon Let's Eevee game?

Finally, It so much better this way, I which they keep this in the next games. But you stil have the slow combats

I just realise that there is only the first gen pokemons in the game, at least put them all goddamn


because I don't want play pokemon game, if they want to get me in they really need to change the formula. I know this one is a bit different, but random encounter, with no time restriction or twist in the battle mechanic make playing the game boring for me. more than that, you already know the weakness of your enemies compare to Persona. Look at Lisa the painfull! You need to figure out stuff to beat the bad guys. Like you need to kill the hair of the guy first, because they will hit you with a super attack every two turn and it is weak to fire boom because it hair. Or you have earthbound where you don't know how much dommage you have taken for a hit and you see your hp gradually going down so you can heal yourself before it reach zero, or Chrono trigger where you fight on the world map and you can hit multiple opponents if you attack weh they are align and if you are fast to make your attack you can hit them more than once before they attack you.
Actually I don't hate pokemon that much, fucking love my glaceon and mu luxray, and I had a lot of fun playing diamond and soulsilver. I think the next pokemon game will be something big tho

I just finish mob psycho 100 and wow a psychic user who doesn't to use is power and that everyone envy vs a guy that can beat everyone to easily and doesn't recognise. Sure ONE has good ideas

I thought Mob had good reading, at least they know how to drive the plot by putting new twist, I prefer hina festival tho, this was a live lesson as the same time to being funny. This one really touched me

Shiranuma Dec 17, 2018 4:14 AM
Sewayaki Kitsune no Senko-san coming as a anime, never seen the manga but blessit

Shiranuma Dec 16, 2018 6:16 AM
<What do you think about Smash, Donkey Kong and Let's Go Eevee/Pikachu? I've bought those three games yesterday because a store I visit does a 2+ free game and that made the purchase a lot cheaper.

I would say that smash as some problems that piss me off, mostly in the online. I was super hyped that we could make a room with fixed rules, but if you switch character you loose your place in the line, if you change the music too, You can't start spectating a match at the middle of it so you need to wait for it to end and we can't not change our character while watching the game. So basically you need to stay with the same character if you don't want bad time.Quite an easy thing to fix, but we never know if nintendo is going to fix it. Otherwise exept maybe spirit mode (I like it, but I would have prefer platforming like in brawl) I really like the new opposion that they added in the game and most of all Joker from persona 5 is coming to smash I can't belive it!

Donkey kong tropical freeze is a masterpiece, almost every stage add new mecanic that evolve in the level in difficulty. I have just played a bit of the new one when I had the wii u of my cousin, but I only heard good thing about it like: it's better than the one on wii because they got rid of the DK island so they could be more original in the stage and world ( not limited to jungle, forest, beach, mountain etc...) I really loved the new one on the wii, I think is my favorite 2d platformer with Rayman Origin. I will totally buy it on the switch

For pokemon I have no idea, look ok to me, but I will never buy it

Why are you talking about this movie? It the only anime you liked this season ? I have seen this movie in montreal this summer, I thought it was good but my friend didn't like it as much as me, so now every time i watch a new anime movie I compare it to this one to see if my onion would change.

oh it is actually on myanimelist : Da Yu Hai Tang

I would not said that the story was the best, but the direction of the movie and the angle of the camera were just fantastic. and the visual are just gorgeous

maybe one of the most hilarious frienzone I have seen, just thinking about it make me laugh

^Are you excited for any Switch games? Personally I'm looking forward to Fire Emblem and (even though I've never played one) Metroid Prime 4.

I'm excited for those two game too, I have player Metroid prime before but never finished it ( like 20 minutes of gameplay XD ) Metroid prime is like my favorite speedrun to watch tho so I'm excited to play it for real this time.

Otherwise I am really excited for Shin megami tensei V, I don't know what to expect tho. And Bayonetta 3 even if I never played one

Are you excited for new anime coming out next year? Me I'm really looking for Boogiepop wa Warawanai, Goddanm that looks good and looks at those tags WOW! And it a madhouse remake!
Also Kabukichou Sherlock who is original
OH god I just saw that the studio who madeAttack on titan will make Vinland Saga

Maybe Sarazanmai with those director

damn Cloverwork is getting good anime out of no where

Shiranuma Dec 5, 2018 12:41 PM
>Eh, I still like it but it really doesn't compare to the manga but I can understand it being painful since it has some heavy stuff.

Hahahaha when I say it is painful it's not because it has heavy, but because it's borring for me and I don't like it. ( from the first 5 episode it's not that heavy in my opinion. SSY is fucking heavy tho, social thing like that hit me so much more!) I think the manga look a lot better tho!

I didn't buy anything for black friday actually, I got free chips on the street tho, that was nice. Actually with my switch of Canada I don't think you can play physical europe game on it. Was there special on the nintendo eshop ?

For my part, even if I knew Globin slayer was no good, I wanted to watch it for the meme, but it became just painful to watch for me, so I dropped it.

With "That time i was reincarnate as a slime", was not happy to know that Reimu would get a human form at first, but suprisly there was more weight to it that just a upgrade, so I'm not that much disappointed.

I restarted to watch Shinsekai Yori and damn it deep and it show well how fear can drive a society crazy ( like that it look like devil man but it more than that, at least in this one the bad look necessary ) But that just a bit of it, there so much more. But man this is so depressing that I stopped watching it for a week.

On the other hand, Hina festival is a pure joy. It really funny at the same time to telling go message

Zombieland saga look to have up and down. The first two episodes were a awesome hooker, I really like how the "problem" is actually the parent of the girls who can recognize them. It seem that we gonna see a lot of people that the girl knew when they were alive.

JOOOOOOOJOOO!! I Giorno Giovanna have a dream