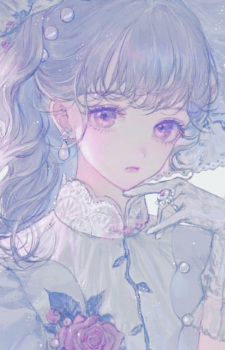 Yes, older shoujos and especially the mahou shoujo ones are so dreamy and bubbly, they really make you wanna live in 'em ><

Oooh, you're soft for puppy Baek!! Hehe lovely choice, he really is as cute as a button, and his voice!!! heaven!!! exo just wouldn't be exo without him :"D Also he's a master of clownery and I love that about him x'D My bias used to be Kris back when he was still with them, but now it's Jongdae. I still can't believe he went off and got married and even has a kid AAAAA why did he grow up so fast he was literally a cute dino like 5 minutes ago TT But I'm still happy for him, and now we'll get even more heartfelt romantic performances from him since he'll be singin' to his lady~ ><

Ah, lovely choices!! I've only watched a bit of Sky Castle and While You Were Sleeping, but Scarlet Heart was such a tearjerker, why do exo members always have such ill-fated destinies in any acting role they play TT My faves are probably Playful Kiss, The Heirs and City Hunter. I'm a huge fan of Lee Min-ho haha x"D

SweetKiichigo Nov 21, 5:28 PM
I'm alright been tired lately due to driving all week while on vacation. How have you been doing?~
How tough are exams usually?~
I work at a grocery store stocking salads and such. Been thinking of maybe growing there and moving up if the opportunity arises.~
I think pies can be better if there isn't so much filling. Like yesterday I had a lemon meringue cake slice and tbh i just couldn't finish it because too much lemon filling and whipped cream frosting. Barely any crust tbh.
Hmm there's Stars and Friends, though imo Friends is better than Stars because it has vibes than make it more similar to Aikatsu!. ^^

FYI, if you are missing any cards from me. Please check here

Lokester Nov 19, 5:12 PM
Im doing great ! Im just happy that we have online class lol. I do wonder what cegep life is like since this is my first year after highschool but im not that depressed about it. What are you studying ?BTW UNIQLO IS OPEN OMG
MAMAMOO has been spitting out songs here and there lately. Its like theyre promoting a song and when promotion is done, immediately promotes another one. which im not mad about since their songs are so good! RV is also good!!! 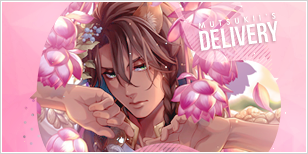 Aaaa thank you so very much, I'm so glad you like it! Yours is so pretty and soft too~ <3

I see that you like k-pop and k-drama as well! And you're an exo-l as well, that's awesome~ Who's your bias? And what's your fave k-drama?

Lokester Nov 15, 3:02 PM
How have you been ? What have you been up to ?
I cant believe we havent talked in a while considering we share quite a lot in common :O

DarkNighte Oct 31, 2:12 AM
Oo, you're cambodian? you're the first cambodian i have seen on MAL (not that i have seen many people), anyways, im also cambodian lol

Definitely are, sadly :/ One day i was one of these people who have a bad image of some serie because only watched the ~bad~ anime version the name come in my mind are arata the legend, the manga isn't that good but is funny and have some good arcs, but the anime version are terrible D: i only read the manga because i've bought some weeks before the anime launch, and i took some time to have courage to read because the anime version are really annoying

I totally recommend that, sakura was so good <3 recently i listened again some songs of the anime ~and tsubasa too ~ and i still in love for this show xD
Yeah, have some episodes in the middle without any "magic event" and a few ones with the magic occurring in a "normal daylife" thats one reason i believe you'll like if you watch xD ~but i'm totally partial with sakura haha
Yes but i don't know why, recently(not much lol) i've read a webtoon named "the friendly winter" and i really enjoyed, probably the first time i took some series who i'm not much interested, but now i really liked, i only need to remember to finish :q
Ah, fillers arcs, the last anime i saw with many of then in sequence are mirmo zibang, and the third season in special are soooo baaaad >: but the final season are my favorite, it worth watch more than 50 episodes to have a few 20 eps good? probably not, but i keep this final season in the heart because is my favorite season of this anime xD

Well, now in this seccond attempt i enjoyed more the webtoons xD probably is a question of search something i want to read or think its a good story like the other things
Ok :D probably i'll finish read alone sometime but no worries, i tell you when i finish ^^

Yes :3 its a bit similar with a silent voice but no bullying, who makes a much more likable story, recently i saw the second volume are launched, i need to read soon
Probably haha, one title i loved in this marathon of short mangas are "i had that same dream again" its a bit hard to say about the story without spoilers, but i need to say is probably the manga i most enjoyed this year, are soo good, recommended!

Here when the thigs started to get under control have a big increase of cases, now is keeping down again but still a complicated situation, i hope the cure came soon :/
Definitely not, but the governors still trying close the eyes for the situation, and now have municipal elections and few candidates are talking about this... sadly they have more important thing to think than the life's people...
I can imagine, sadly things are bad in many locations, but i hove you be fine ^^

I'm fine thanks, i hope the same for you :D and see you, sorry the late reply this time

Kunii Oct 14, 2:17 AM
It's freelance work for a friend.
Right now i'm watching a couple airing dramas xD
What about you?

SweetKiichigo Oct 11, 5:18 PM
Hey Haru Haru ^_^
How's midterms going?~
I'm working only atm, thought of going to Uni but don't have time atm.~
Yea, i messed up the dough though. Forgot to add an ingredient and also forgot to keep the water luke warm but it still came out decent. Have you ever made food from scratch?
Really? You should watch Aikatsu again. I'm on Friends atm and tbh i like it more than Starz.~