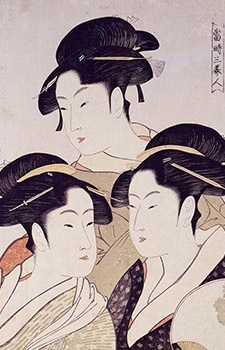 ohohohohohoho Dec 4, 2020 10:53 AM
wow, probably the highest for me as well. are you from the place where delftware comes from? i love that stuff.
interesting, you think? i guess i have a particular taste lol i basically just read ero-guro and depressing semi-autobiographical manga. for some reason when it comes to plot-driven/light-hearted series i watch the anime instead most of the time.

thx for the message.

WatchTillTandava May 24, 2020 10:41 AM
Yes, Sen no Rikyu was my favorite character from that show, one of the better written characters across anime, and definitely made me more interested in the real life historical personality. Historical is one of my favorite genres in anime as I mention toward the top of my profile, but the thing is that many Historical are mixed with a lot of other genres and are usually more fantastical in nature. Hyouge Mono is one of the only really thorough in its historical accuracy and sans any Fantasy or Sci-Fi elements, so that in itself kind of sets it apart. It was basically a serious historical fiction with the gaps filled in very faithfully from records of the time.


Whether Sengoku jidai, Meiji, Edo, or other periods, if you want anime which portray traditional Japanese customs, art, the lifestyles and classes of the time, etc., I would say ones like The Tale of the Princess Kaguya (one of the best ever from Ghibli and the late Isao Takahata and a tribute to the process of transferring Chinese ink wash painting prints to animation and based on one of the most known folk tales in Japan, so very rooted in national mythology). Also, ones like Saraiya Goyou and Mononoke (the TV series).

WatchTillTandava May 21, 2020 2:41 PM
It's definitely an underrated one - I remember reading at the time I watched it that when it came out in 2011 it was dropped by fansubbers and delayed severely for subtitling due to unpopularity, so I'm glad and lucky to have only discovered it and enjoy it whole years later. Truly one of those anime that really feel like it's in its own class without a companion or comparison. Probably it didn't get as much traction because you'd have to have some interest in history (art history, military history, and/or general history), philosophy, and aesthetics. And Historical genre period pieces always start out with a popularity handicap from the beginning.
All Comments