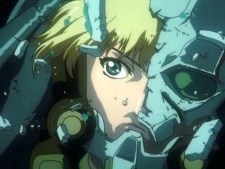 Cyanwasserstoff May 26, 2015 3:20 AM
I want you to invite to participate in an chess tournament event on MAL.
Follow the link below and sign up if you are interested. 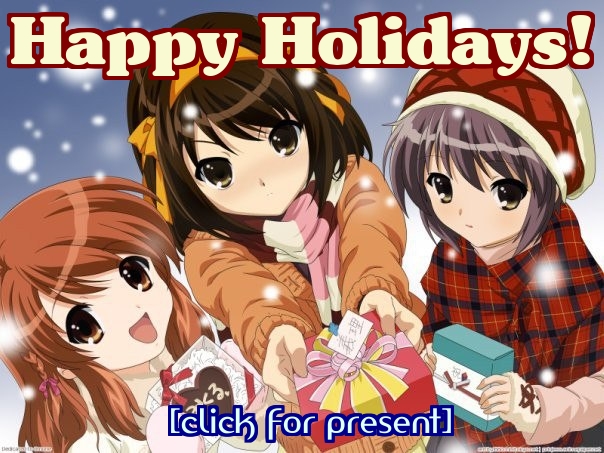 SlickD Nov 16, 2014 10:25 PM
Glad to see another fellow True Logh Fan. Your Freddie forum pic cracks me up as well! I saw your post regarding the final TWGOK choice, and I can't agree with you more as it was the only logical choice/solution for a long time, and was fitting.

Just curious why Logh didn't make it on your favorite anime list if it's right with your other 2 favorites in scores as your only 10's?

Maybe someday I'll sit myself down and add tags. (Perhaps when I clean my room... which, hopefully not, but could very likely be never...)

As for ratings, I don't think I'll ever move down the scale because I give default 5 points for effort in creating the anime, and I don't ever give 10's due to my optimism that there's always going to be some better anime.

I also love sic-fi and psychological anime... though I'd probably like philosophical anime too, if I've seen any. I love your list organization and the use of the "Notes" section. It's a good idea~ too bad I'm too lazy to annotate all of mine now. My rating system is drastically different from yours, but I also tend to watch anime I think I would like (which is why I have so many more PTW's than anime I've watched).

Hm... let's see... what else? Oh, I see that you're watching a lot of airing anime. I'm the type of person who almost always only watches completed anime because I can't handle the waiting, so I'll probably be asking you about which ones you liked :-)

Suratu Aug 29, 2013 6:21 PM
"I would say 'don't friend request me before starting a conversation' like everyone else here does but I doubt anyone would want to be my friend in the first place :("

Liinah Jun 18, 2013 8:17 AM
Haha, it is true that I'd like to live somewhere with a nice weather. I don't know, for some reason I've always thought of Sweden. It seems so nice there, I think I saw once in the news that it was one of the best places to live in or I'm mistaking with somewhere else.

Funny thing, I think it was this morning or yesterday that I had the thought "I feel like Haris is going to ask me about the World Cup". Haha! You seem to be a very informed person, that's nice. I hadn't see the thread, thanks to linking me to it.
Yesterday I was watching some videos about it and the protests are getting bigger and bigger. Police is attacking even people who are protesting without any kind of violence so right now they were actually trying to convert these police men by saying "You are just like us. You should be on our side, not the government sides". But well, they are paid by the government, so I don't think they would just give up like this. You know what's funnier? At first the news were saying that people were that angry because the bus fee had a 20 cents increase--- It was part of the reason, yes, but it also made people realize /once again/ that their money is used for shit. There are many, many people who like football here, so this Cup thing is probably something that would please them, but still. This country is so fucked up, so hosting the cup here is just nonsense, specially because they had to make new stadiums just for it. Using people's money. Meanwhile, hospitals, schools and thing that we actually need are being ditched.
Every state is now making protests and tomorrow mine will also have one. I won't go, not interest in being in the middle of it since it'll probably end up violent too. Not like São Paulo, though. There the thing is even more serious.

The internet is definitely the best way to get informed since TV is just masking everything by only showing the violent side, and not the so-called peaceful requests that people are actually trying to make.

I mean how much time each player has to think. (If you run out of your time you lose the game)
I'm fine with no timer as well.
All Comments