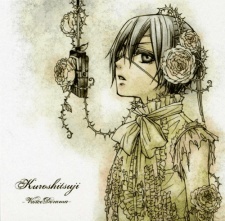 You sir, are a very interesting and intriguing man.

Zurel Jan 4, 2015 9:52 PM
Hello, we are reviving MAL Book Club. Feel free to drop by and say hello, and if you're interested, you can apply to become club officer. Thank you. Please dont forget to save and re-host it. :D

RRamaII Dec 25, 2010 11:31 AM
.. in my mouth? Where I come from, potatoes are considered sacred and treated with the utmost respect .. until they are served and most likely meet their mouth-watering demise .. or bliss.

That's what you call GENIUS!

I used to be a Pokémon fan, but after Kasumi left the gang, I stopped watching it XD
I've rewatched many others D:

Yes, dubbed in Spanish
But I also like to watch foreing dubs ;)

I usually like female characters. For some reason, my fave characters is usually the less popular character XDXD
There isn't a particula type, but mostly I like the girly happy upbeat character, the cutesy innocent character, the bitchy character you love to hate, the meganekko, the polite and calm character, etc. ;)

Well, because outside Japan, Hell Teacher Nube was only played in the Phillippines and Latin America ;) (I'm Latin American)

Ok, then I think I'll add XxxHolic to my "Planning to Watch" list XD
I'll put Geneshaft on hold and I'll keep watching Noir
Lately I got a Digimon mood, and I'm like rewatching it XDXD

Yes, I like dubs. We get tons of anime here dubbed. I also enjoy the Japanese voices XD

I havn't seen Code Geass, but a friend once said I remind him to Lloyd Asplund XDXD

There are a couple mature Mahou Shoujo, like Cutie Honey or Puni Puni Poemy XDXD
You watched SM on TV? I reed you wrote a review on Hell Teacher Nube, so... I asume you're Phillipino or LatinAmerican? D:
I'm not a very big fan of CLAMP XD I've only liked Card Captor Sakura and Magic Knight Rayearth, and I'm like kinda interested in watching XxxHolic, only to see how was the dub (I like dubs, when they respect the original content)

Yes, I guess the ones that leave you thinking about'em afterwards are the best XDXD

Kinda
I like SF, but it isn't like my favest style, you know?
Wait, Noir isn't SF, it is... noir XDXDD

My favest styles are Mahou Shoujo :D
I also like the series that leave you thinking and reflexing for a long while :)

Nothing much, right now I'm like watching a movie, and prolly after it I'll continue watching Noir and Geneshaft, or who knows what I'll do next, but whatever

Kahyt Aug 22, 2010 3:32 AM
I see.
It would be cool if you know how to speak/understand japanese.ya me too i want to learn and i wanna go to japan hahaha i think they have the appearance of an anime i mean look a like hahahaxD
All Comments