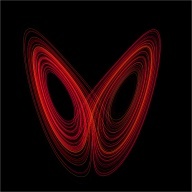 BigBlueBash Jun 11, 2019 7:41 AM
Does TenSura go uphill or downhill afterwards?? I really didn't like the second half. It was supposed to end up in my favourites but the score dropped after it ended badly. Really interested in the new villain though.

IKKIsama Dec 31, 2018 4:28 PM
Well, I'd be surprised if the 1st episode of Tate no Yuusha caused a controversy but we shall see soon enough.

So what do you think about the adaptation? I mean that 8 episode for 1 Volume, like wow, I've never seen it before. Like tf when they adapt Overlord's Volume in 3 episode, smh.

Which side are you btw? The "Damn, it's only adapt 3 Volume, I want to see more Volume got adapted!" side or "8 Episode for 1 Volume? Great! The World-Building was explained well!" side.

Btw, I've a question, Is the LN and WN of Slime different? I want to start read it but I need to know that first. Like, the case that happened in Shield Hero where the LN is way better than the WN (maybe not 'better' but more likely 'different'). The LN was start different from Volume 3 and so on. Nah I know that every(?) writers want to make his/her LN better than the WN, just take a simple case Overlord. The LN and WN was so different, even though the LN was better but in the WN they explain something in more detail. Just curious...

Although I like Isekai in general as a concept but most of them turn into a shitshow by midway or sometimes from the start.

Reincarnated as a Slime is the most fun isekai I have watched atleast the first 7-8 episodes. But the past 2-3 episodes have been weak in my opinion.
Hopefully It gets better in the next episodes.

Although I don't agree completely but I admit Rimuru isn't generic.

Backlog Anime/Manga/Novels increased
...
Thanks for the information about Hachinan, now I know why it was recommended to me last year as a political novel twice

As for Sevens, there's still Vera, the sweetest girl, or useless cute Shannon or kuudere Clara, or Elza, Gracia and the MILFS(damn you lyle)... yep there's a lot of non-dominating women in Lyle's harem, but he exaggerates it a lot due to Novem and Miranda.

I doubt that he's scared as fuck considering that he impregnated them all and he was able to produce 100+ children... it's 100+ dude(riajuu should explode)

I like to read your recommendation, but I wanna catch up to Overlord,since I like Senbas senpai (Sebas is manly as fuck) I got lazy but I'm already at volume 9
(laziness is my biggest reason why my backlog increased)

Walt House is full of beta characters, that's why I love them, they are genuine Nice Guy Type, except Third, he's a perfect existence of mixed Alpha and Beta, the best character of Sevens.

AllenVonStein Sep 20, 2016 5:28 PM
Dude i like some of ur posts in my threads , especially the last one
lol what was that "I feel offended by being treated like a mere number! I am human!"

dakotasapphire Aug 3, 2016 3:31 AM
You're seriously fking intersting in the forums so I added you.

OutlawedDrifter Mar 31, 2016 7:32 PM
Hey what happened to your dictatroship thread? that was getting fun. Does that mean that the old guard is still active?
All Comments