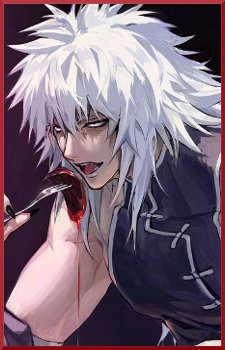 Soulsfear Nov 26, 4:18 AM
Okay..xD Pretty good I would say..except that one of my replies to other friend got ''ghosted'' after 20mins of ''extra'' rant I put into regarding MAPPA and BONES doing too much in short (or IG being still good despite the past year) but well,had to cut that out and rebuild the message shorter while omitting that stuff.It's not like that the MAL has the problems with the ''errors'' like it had earlier this year so it's probably someone trying to crack my system or whatever.
I see..well,it was more of experiment anime if nothing else so makes sense.
Sure..that was well done and thought out..despite the pacifist premise of not killing anyone.

Soulsfear Nov 24, 3:43 PM
hey,thx for accepting my FR xD Nice to see you.
Ye..was more like seasonal fav at that moment but ye..when it comes to non-sequel stuff..this and Eizouken are my fav for this year so far.I was the most curious about Laurent from the start..and we got just enough about him to confirm his character and how his behaviour towards our male MC had THAT meaning behind this (basically the father of male MC).

MisaoAino Oct 23, 5:17 PM
HAHAHAHA THOSE STENKA FIGHTS!! OMG XD yes.. I know what you mean ;3
Taisou Zamurai is one of those I'm planning to watch! I'll try this weekend to get up to date with everything I want to watch >.<

hahahha I loved Daisuke tbh xD And Mamo's character too
Ahiru no Sora.. well it has some drama at some point. It is actually another shounen sport show... with a lot of cliche. But I enjoyed it, anyway xD

I'm planning to watch LOADS of things! Though I'm studying... so not much anime until I give my exam... and YESS GK 3 IS HYYYPEEEEE >.< Majo no Tabitabi was a great surprise too!! I'm not trying everything out there xD but surely a good bunch :P

As a matter of fact.. I'll be postponing Gintama and Kyou Kara Maou -.-U

Aaahh yess I watched Appare! Was good x3 How about Fugou Keiji? If you haven't watched it.. you should try it! Daisuke <3

MisaoAino Aug 18, 5:05 PM
Hoooiiii how have you been??? D:
Uni should be answering these days >.< I'm still waiting for it ¬¬
And yes.. it was just this week they're starting to say this is "no longer" a quarantine, and we should replace the name for something else xD lmao. We do wear masks, and public transport is limited to essential workers. Even at work we still have some kind of COVID protocol we must follow. Even though since this last week we have extended the working hours again.

I haven't read Kakushigoto's manga :o so I don't know if its ending was an alternative one or not T.T I loved the show. One of my favourites this year, for sure :3
I'm also so happy the Bookworm show will have another season <3 story is getting so good!

I still haven't watched the movie xD Now we also have some OVA episodes to watch! :o aaaand 5th season coming next year ;)

Wolfram is... ok? haahah xD Conrad (and Gwendal too) are my top boys. Oooh, I still haven't finished it! >.<

I've started with Gintama! I'm enjoying it so far ;) Plus some seasonals, of course! hahahaha
yeee I've heard of SSSS.Gridman but haven't watched it. What was it about?

i don't mind growing the numbers i just read whatever looks like fun mostly <:

Battler-San Aug 4, 1:34 PM
you like cool stuff
and you probably have already read more than i will ever read in my lifetime heh

MisaoAino Jul 12, 7:31 PM
Hiii no worriesss xD we all have our rl duties lol
I'm still studying for it :3 I have a way to go! xD
And yes... my country is still on quarantine... mostly where I am, which is the Capital City >.< (if I'm not wrong, we have the world's longest quarantine, lol)

oohhh Kakushigoto was cuteeee <3 And as well, I didn't expect it to end that way, but it was ok! I would like to go to the source and see what happens next - hopefully I'll do it some day!
And yes! I'm so excited about watching HnK! It's a classic and I want to see some manly man xD

Today I got to know the super good news about Honzuki having a 3rd season!! I'm so damn happy T.T

LOL Gentle Criminal xD OMG haahhaah - I hope we et a better adaptation next time >.< I've also seen a couple of days that the last movie has been subbed and it's available to watch online :o I should watch it!

Aaahhh another Conrad fan <3 He's really best boy <3
I'm watching quite a bunch this Summer, but not as much as I'm accustommed to xD Up to now I didn't find something way too interesting. So I'll say my fav is still Fruits Basket xD
Ooh, I was watching so many shows the season NGL aired, that I postponed it... but never saw it! Same happened with Muhyo (though I actuallly watched its 1st ep) - I'm watchign some shows on group watches, so maybe I'll get to catch up on them, If my schedule allows it xD

Hope to hear from you again soon!! :3

MisaoAino May 24, 1:49 PM
I work on a vet :3 So I still had to work during quarantine times :P (we are still on quarantine, though)

Kakushigoto is kinda giving that hint... I think I'll cry so loud when things get explained T.T
tbh the CGI SnK was better than expected xD The meme-ish one is the '06 xD Well, now I'm ready to start with Hnk! :3 - I don't know when, but I'll do it soon >.<

I do watch Honzuki! The first season was OK, regular stuff. I think it was a bit too slow. This second season is greater >.< It's much more interesting, and I really like the Priest xD lol
BnHA 4th season was a disappointment - I'm so angry with it >.< The only good eps were the ones where Shouto and Babkugou were around, plus the 2 last ones, with Endeavor on the spotlight. Kirishima was OK too during the season. But it was SOOO WEAK!! >.< GIB MAH MONEY BAAAACK

I'm watching some SoL shows now, plus Kyou Kara Maou (Conrad is <3) - so I expect to increase my watching list a bit more :P

I know that feeling T.T Sundays are my free days too. Fortunately we have a holiday this weel xD

MErry-YOUrry May 4, 11:52 PM
Bwahaha then it's doing its job xD Yeah, it's Edgeworth. You know when we talked about games? I remembered that I was interested in this one and started playing for the heck of it xD But jokes on me, now I can't stop. I'm already about to finish the second game in the series xDD

MisaoAino May 3, 1:20 PM
Hoooiii :3
I'm doing fine. Dealing with quarantine and work xD - but everything is going smooth, fortunately. How are you?

Well, yes, I am watching quite a bunch, as usual :P On eof my favs, Fugou Keiji is one of the postponed ones, so I am sad T.T - My other favs are Fruits Basket (:P) and Kakushigoto!
Then you have other stuff like Olympia Kyklos xD But that's only for the laughs and the memes :P
I've started with Souten no Ken, expecting macho boys, but... I can't get serious watching it and I'm laughing all the time xD OMG