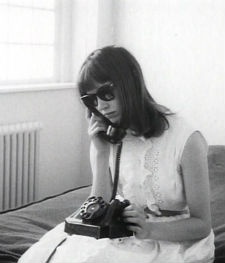 ritesofspring Nov 15, 2013 11:52 PM
Sweet, someone on MAL who likes 80's emotive hardcore. Glad to see you enjoy revolution summer stuff. You should add me on last.fm or something.

Chuunikshimi May 27, 2013 1:42 PM
I remember there was an anime I wanted to watch, it was called 'C'. But then I realized I was dumb because someone said they just googled 'C anime' :| A band called Banana would probably lose to Banana Republic, 'Banana' on Wikipedia, and that Gwen Stefani song. The Joy Division song felt like it had the rhythmn of Celestica but that might be because I was looking for it.

What did you think of the lyrics? Yeah, hip-hop is probably half of my music, it was the first genre I got into. What about you? Never heard of BBNG. I have Operation Doomsday and Mmm.... Food, and his side-project stuff like Madvillainy, Viktor Vaughn, etc. and The Best of KMD just to see what he was like back then.

Do you embarrass easily? Maybe you can be their hype-man or something. Or hype-woman ... hype-person? Lol, I don't know how you would convince to them do that unless Lellouch's Geass or something. Do you have a Skype? You're an interesting person to talk to.

Chuunikshimi May 25, 2013 8:21 PM
I like that song you linked me, it reminds me a little of Adorable. Literally one hit for that song on Youtube that wasn't about babies or something. I don't know what post-punk is :| recs?

If you say so. I don't here it much but I don't remember it ever having any meaning, it was just a generic insult to someone's music tastes. I guess I'm a hipster since I have OutkAst's 'ATLiens' :p

Kickstart BrainTunes2000! It definitely sounds some music recommendation thing and I love the name xD. Here's a cool collaboration type of thing - Dumbfoundead for your music drought. Are you just looking for new music in general?

Now you want to be a busker too?

SetsukoHara May 25, 2013 3:54 PM
Anna Karina, how could I forget about her. I loved her in Vivre sa vie from Godart, One of my all-time favorite movie. She was fantastic in it. She had short hair in that one, so that's maybe why I didn't reckognize her. I haven't seen "Le Petit Soldat", I will add it to my plan-to-watch list.

Chuunikshimi May 23, 2013 10:33 PM
I'm glad you liked it. A band is a group and a group is usually a band unless it's rap. I guess that's just a rap group then. I don't know if you've listened to anything from Crystal Castles' 2nd album but it's much better in terms of production - compared to their first one the songs are more 'orchestral' electronic than 'chiptune-y', I'm guessing that's what bleep bloop was in reference to. If you don't like this song then you can safely forget about them.

I like the design of their site, and I don't why but hipster is just a funny word to me. I wonder when that word entered the american lexicon. I think you have to wear ratty plaid clothes with a skullcap and go to Starbucks. I wish my computer could scan my brain and download all the songs I would like.

Sorry, I guess the truth hurts. I just print indie creds now so I can listen to whatever I want. You're welcome, and your copied comment made me laugh even though it's mine xD btw you're jumping on the bandwagon so those coupons will come in handy.

"The words are closing in, man! O_O" maybe he just had a bad trip. Whether it's good or bad at least the book is unique in that respect. Have you read The Gambler? The Double feels like a sequel from the introduction I read.

He calls it a loop station in a song where he raps and changes his voice.

Chuunikshimi May 23, 2013 4:03 PM
Silent Alarm has a lot of good songs but from what I hear it's the only good album of their's :p oh well. There's a remix I like of 'Hunting for Witches' by Crystal Castles.

What do you think about Pitchfork? I subscribed to them on Youtube but I never get around to watching their videos.

You don't have the Expanded Edition of Pyschocandy? I guess you're not a real, long-time fan like me. I wish accounts like that would get disabled for inactivity or something, or we have to be satisfied with stuff like this. The Double seems wordy, like filling a whole page with Goliadkin waking up and looking in the mirror. It is better than putting it into less than 10 words like I just did though.

That makes sense, you can't get distracted and search Wikipedia for the origins of April Fools' Day on a record player. Plus if you're using a computer there's background noise. You're welcome for the recs ^^. Have you heard of Dub FX? I felt the same way when I watched the video for Flow.

I like Helicopter a lot, especially the video. Do you have 'Silent Alarm' by Bloc Party? Now I have two 'Helicopter' songs.

I'll lend you some credits if you're in massive debt discovering artists on Picthfork ^^ do you know why they called it that? MPP was the most popular indie album I could think of, I don't have anything against it. I think there were a couple songs I liked.

There's some 'Expanded Edition' of Psychocandy that has at least twice as many songs, do you know anything about it? I picked that one since it had the most tracks. Screw that guy who took Psychocandy then. What's Golyadkin? Yes you can redeem indie cred for getting it on vinyl - all my music's digital so I can't even touch that :p I don't even have a CD. Does vinyl sound any better than digital?

I don't know a ton of witch-house artists but I would recommend LAKE R▲DIO and Salem as a 2nd. Some good tracks are Chant II, NoSummr4u, and Sick (didn't know there was a video for that until now) I got reminded of this too but it's not witch-house.

SetsukoHara May 22, 2013 3:13 PM
I'm glad you liked A Separation, it's a great movie, definitely one of the best I've seen in recent years. By the way, who is that girl on your profile picture?

Chuunikshimi May 22, 2013 9:33 AM
Lol, you don't think it's funny? Maybe those lyrics "never said that this would be eazaaaay" is in reference to watching it. And there's that fat guy that yells and then they randomly start autotuning xD. I agree that's it's embarassing. I get the feeling that electric guitars should be plugged in to something - something that 'amplifies' it? Sorry for terrifying you though :( don't be scared.

What's your favorite song from Halcyon? I've only sort of listened to Earthquake and Don't Cry - I'm liking Desire Lines so far. Discovering them in any way is nothing to ashamed about but I that would be viewed as losing 'indie cred'. What do you think that would be like as a currency - "Indie Credits"? That'll be -500 for Merriweather Post Pavillion, sir.

Never heard of The Jesus and Mary Chain either. And they have at least 6 albums and 4 EPs T_T don't know what to pick. Is guitar feedback the 'blurry' sound? The genre is defined by people looking bored or gazing at their shoes. I used to think it was pronounced show-gaz xp do you listen to witch-house?

Chuunikshimi May 22, 2013 1:00 AM
He sounded a little off-key at one part of the song but I wouldn't call him tone-deaf. That reminds of a rapper named Tonedeff. That's cool, sounds like you're crushing hard on him. He's done a lot of stuff, I've never founded a record label :(.
I agree, most music is do-it-yourself unless you're Rebecca Black or a "singer" who was on Disney Channel first. Do you think "we-can't-really-play ..." etc. should be a new -core? Now I'm remembering crabcore. xD If you hear an opinion you don't like, just remember that's what 1 7-billionth of people think. I didn't think of genre like that until I was typing that comment :p epiphany.

That sucks big-time, can you not just download them? I just looked at the album art for Halcyon Digest O_O freaky. Cryptograms was the first album I listened to and I got obsessed with 'Heatherwood', awesome song and it was kind of my introduction to the genre. Tiger Trap seems too upbeat to be in the same genre as Beat Happening, they're like shoegaze a little but not as blurry. I like the vocalist, she reminds me of the one in High Places.

Chuunikshimi May 21, 2013 10:52 PM
Can you cry for a shadooooow ... that's catchy. Calling Calvin Johnson a genius after listening to one song seems premature though, so I won't. He has the name of a former president who's picture would be in grayscale. Would you consider DIY in that context to be a lo-fi, garage-y, basement feel? I wonder if "genre" is derivative of "generalization" - they're mostly right but there are always outliers that run in the face of them. And then a new genre name gets coined.
One song off of Deerhunter's "Unrequited Narcissist" seems like Pop Underground to me now that I have an idea of what it is but I couldn't find it on Youtube :| that's obnoxiously underground.