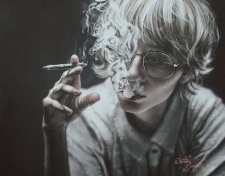 thisguy2011 Oct 21, 2012 7:30 AM
Noel no kimochi
very good actually my favorite. brothercon, age gap, and TxS
all the girls are realy cute. This artest has a particular style. same athor as Orange Yane no Chiisana Ie and Yume de Aetara.
I highly recommend it

Potatoboy27 Jul 20, 2012 9:54 PM
yeah itazaru na kiss is so great just becuase of the whole you get to see what happens after they start going on( most romances lead up to the time when the find out they love each other and then bam its over. leaving me with a "man i want to know ever happen to them") but not this one you get to see alot. not going to lie i did cry when she gave birth to the baby but who cares im not ashamed :D. though i will say the guy was a dick most of the time but i guess its because he didn't understand jealousy or whatever he was going through. but you could tell that he loved her alot and so did she. i heard this is a little like clannad though i haven't seen it and i heard its way better than itazaru na kiss but idk i heard its way sadder so i'm trying to "man up" before i watch it (idk if you've seen it or not)

but yeah i try to avoid tragidies as well though it makes a good story it just leave a bad taste when your done. makes me think well if that wasn't there it would have been nice but the story wouldn't have been as great or realistic.

its a perfect example of what im talking about though i did feel a bit depressed while reading it or" man i wish that wasn't in there" but it made sense for it to be there. life in that situation is rough but its a great great story.

Potatoboy27 Jul 18, 2012 12:03 AM
wow just finished it...it was amazing such a good story loved the development the family moments the romance overall just great. really thx for the rec truly enjoyed especially after some bad ones that ive been reading. :D

and no i haven't seen eden of the east story look pretty intersting loved the art style, hmm bad ending eh might put it back im my plan to watch then or watch it after watching something good or something like that :P

Potatoboy27 Jul 17, 2012 12:50 AM
up to chapter 24 and already in love with the story! the art is so refreshing. thanks for the rec hopefully it will stay and this pace though i do see some rode blocks in there relationship.

Potatoboy27 Jul 16, 2012 7:16 PM
cool cool i will definitely check it out, been reading some depressing romances hopefully this one is good :D looks good though, had it on my plan to watch.

yeah a second chapter would be epic!!!

Potatoboy27 Jul 16, 2012 2:59 PM
sorry for the late reply yeah i don't like the whole cheating aspect, also don't like how she just let him off so easily. he needs to man up. still want him to get with emiru though, even though madoka is such a nice girl, too good for him. like the last chapter so she killed someone doubt she did it literally though

Zeroro1995 Jul 16, 2012 6:31 AM
Thought so, you go on about it alot Well I'm just about to just start Steins gate at your recomendation (when do you want to come over or vice versa I've been trying to get to you on facebook?)