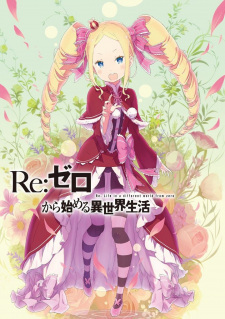 Dark_Mike_Knives May 28, 11:47 PM
Thanks for accepting my friend request^^ also you have Amazing taste too~ hehe

Yeah, The new Fairy Tail series on 100 Chapter Quest is pretty awesome. I was wondering if they could explore into the Dragon-lore and Magic and hopefully it's good so far. I have read up-to Chapter 20 or so. You?

Apologies for the late reply. Since Pocket MAL became no-longer usable, I haven't found myself much in need to update my list and login more frequently. Plus, Exams have kept me quite busy so there's that too.
How have you been?

HaXXspetten Mar 29, 2019 8:40 AM
Haha, yeah it's been like what, five years since I watched and reviewed that? So I'm probably not in the best position to have an in-depth discussion on it now but yeah it's always been a beautiful anime to me. Not perfect of course but nothing is so some minor nitpicks isn't enough to make me stop loving it :P

swirlydragon Mar 29, 2019 7:31 AM
Ikr!
Those Remfags only hate Emilia 'cause they are jealous of her.
And yeah, Emilia will always remain best girl :D
EMT! <3
Nice to know another Emilia fan btw ^^

AreyKyoya Jan 11, 2019 4:37 AM
Understandable! I am watching it atm. It's pretty awesome!
Are you gonna wait until it is finished Airing?

You should still like it then. I'd say I'm borderline wanting the sex scenes. It depends on the game. I don't care in Nekopara, at least going by how the sex scenes are in volume 3. I would care in Monster Girl Quest, though, even though I only played volume 1; they only really occur there when you get defeated, but it would be way too obvious that something was missing.

I only read the first 2 volumes of Rokudenashi, despite owning the first 3. If you're past chapter 9, you're father than I am, so I couldn't tell you. I actually loved the anime, though, but it was definitely sped up at the end.

HaXXspetten Jan 6, 2019 2:07 AM
Yeah exactly, one step at a time. Eventually you'll get there as long as you maintain enough motivation for it ^^

KitsunehimeMilhi Jan 4, 2019 8:16 PM
I happened to see a message where you mention you bought Nekopara, but never played it yet (It's nto weird; I went to a friend's profile on here after looking at the Mahouka ln stat page). I'm bad about that too. I have games that I bought like a year and half ago or more that I haven't played yet. Luckily, they're just steam games and they weren't that expensive.

Too the main point. Since it's my favorite vn series, out of the very few I've played (I mean very few), and my waifu is from there, I wanted to try to convince someone to start it. Simply put, do you love cat girls? If you answer yes, I'd say there's easily a good 95% chance you'll love it. Even if you're not a huge huge cat girl fan, you'll probably find it cute and fun still, assuming you're into moe, which it looks like you are at least a little bit. Personally, I don't find the sex scenes erotic but they are pretty funny, if you laugh at the weird animation for them. If you'd rather not have the sex scenes and play through a shorter version, just get them on steam. I only bought volume 3 uncensored, yet haven't finished it yet, but 1 and 2 and 0 were so great, even uncensored. It won't be like an uncensored High school DxD deal where there would clearly be something off.

Sorry for the long message, but I had to try to convince you to start playing it, even if just a little bit.

Congintive Jan 4, 2019 7:03 AM
Well, yeah like always the anime is pretty much bad if u compare it to the LN but 3rd season is just worst I mean they've been rushing and the animation is pretty inconsistent.

If u ask me u should read the novel first to get a better understanding of the anime and also Touma because u know like the case with Fate.

HaXXspetten Jan 4, 2019 6:50 AM
Well you can try it out and see what happens. If it's impossible then it's impossible, clean and simple, but at least you'll have tried. And well VNs aren't for everyone but if you paid money for it then you ought to at least play it xd
All Comments